It is less than a week before the date you have chosen. To expedite the process, we suggest that once you finish the reservation you can contact us by phone at the number +34 911 53 7387 or by email at info@mundiplus.com.

Through the Lands of Castilla y León this Camino de Santiago travels from Burgos to León (French Way) with enormous Jacobean meaning, with its small and austere towns. The extensive plains will be our traveling companions, as well as ancient bridges, a multitude of beautiful Romanesque churches, among which are some of the most beautiful on the Camino de Santiago.

Route that will mark us, because it will help us to reflect, meditate and think about the numerous moments that it will provide.

Burgos
Stoves
Castrojeriz
Fromista
Carrión de los Condes
Calzadilla de la Cueza
Sahagún
Burgo Ranero
Mansilla de las Mulas
Leon
Remember that in Mundiplus we adapt the kilometers of the stages of the Camino de Santiago from Burgos according to your needs.
We prepare this French Way route for people traveling alone, such as for groups of friends and / or family.
THE RATE INCLUDES TRAVEL ASSISTANCE INSURANCE FOR YOUR SAFETY AND PEACE OF MIND.
NO CANCELLATION FEES FOR COVID 19.

Vast and lonely plains, which will help us to our "inner thought", if we wish. We will visit small towns with towns of great tradition and history, such as Tardajos and Rabé de las Calzadas.

Arrival at Hornillos. End of the stage Accommodation.

Similar to the previous stage, it does not present any difficulty. The road layout is typical medieval.

We highlight the ruins of the Convent of San Antón, before reaching Castrojeríz, with its Gothic arches.

Castrojeriz, monumental town, where we can visit the old Collegiate Church of the Virgen del Manzano, Church of Santo Domingo and the Church of San Juan Bautista.

Arrival to Castrojeriz. End of the stage Accommodation.

We entered Tierra de Campos. As soon as we leave Castrojeriz, we are presented with the Alto de Mostelares, on a steep climb.

A very attractive stage, where we will find the impressive Fitero Bridge, over the Pisuerga River, the Gothic Chapel of San Nicolás, Boadilla del Camino, with its magnificent Jurisdictional Scroll where you can see this impressive stone column that gives authority to the town to impart justice in the area. And a little before entering the town of Fromista you will come across the impressive Canal de Castilla, built in the XNUMXth-XNUMXth centuries for the transport of merchandise, mainly grain. Canal declared a Site of Cultural Interest.

In Fromista, the impressive Church of San Martín de Fromista, a jewel of the Romanesque, by itself, already justifies this stage.

Arrival to Fromista. End of the stage Accommodation.

Stage that takes place mainly, along a curious pathway parallel to the road.

In Villalcazar de Sirga, its splendid Church of Santa María la Blanca, of possible Templar origin, with the Chapel of Santiago, is the most important monument of this stage and one of the best on the French Way.

One of the loneliest stages of the Camino, since, from its beginning, we will not pass through any locality, with the exception of the old Abbey of Benevivere “Bien vivir”

Carrión de los Condes offers us a visit to the Monastery of San Zoilo, Romanesque Church of Santiago, with its fabulous cover of 22 figures and the Church of Santa María del Camino.

Unlike the previous stage, we will find small towns with adobe houses. Our route will, almost always, run along compact dirt tracks, close to the road.

At the entrance to Sahagún, we find the gem of the Romanesque-Mudejar Ermíta stage of the Virgen del Puente.

Sahagún gives us the magnificent Mudejar jewels such as the Churches of San Lorenzo and San Tirso.

Arrival to Sahagun. End of the stage Accommodation.

The stage will run along the Royal French Way, between cereal fields, the Leon moor and with Bercianos del Real Camino, as the main town on the route. A favorable stage for meditation and silence, if you wish.

Arrival to Burgo Ranero. End of the stage Accommodation.

Stage very similar to the previous one, which runs very close to the road and along dirt tracks, along the Royal French Way.

Villamarcos and Reliegos are the only towns that we will meet until we reach Mansilla de las Mulas.

In Mansilla we highlight the walls, which surround a large part of the city.

The first part of the stage runs near cereal fields and agricultural plains to, after Puente Villarente, progress through some industrial centers and residential areas, before entering the urban center of León.

The Cathedral of León and the Royal Collegiate Church of San Isidoro are the emblematic monuments of the city.

Arrival to León. End of the stage. Accommodation. If you have more days you can extend your Camino de Santiago from León.

Day 11: Breakfast-End of our services
Accommodations

The accommodations we offer our clients are of high quality and all the rooms are private and have their own exclusive bathroom, as well as the necessary services for your comfort. All establishments have been supervised and selected by Viajes Mundiplus, based on the satisfaction expressed by our clients over the years. On our routes, we never offer Hostels.

As they are free choice dates in which they can make the Camino, and when dealing with accommodations with limited capacity, the exact name of them will be provided once they have made the firm reservation of their trip, and verified their availability.

Our primary objective is your tranquility, rest and enjoyment on the Camino de Santiago.

You can then see and display a wide selection of some of our usual accommodations where you could stay.

Wonderful planning and organization. Accommodations and food extraordinary. Words cannot describe the experience of the Camino. I met wonderful people that enriched my Camino in Spain. Everything beyond expectations. Would have no hesitation in recommending Viajes Mundiplus. Thank you
Fanny, Carlos and Marta
Spain
I made good pilgrim friends

A super rewarding experience and in which very interesting people are known and that in my way I have known thoroughly and that I believe will be present in my daily life. In what has lasted my trip I think I could have the essence and magic that the road has. The Way renews you energies and gives you strength to return to the worldly noise ... Thanks to Mundiplus Travel for making my way a little easier.
Aurelio and Francisca
Spain
Very professional service

From Extremadura my wife and I thank you sincerely as you have treated us by telephone and by e-mail, and the perfect management of the trip. Thank you very much for your advice before starting the walk, we had many sayings of how the Camino would be and with your help everything has been more bearable and comfortable. We already have to continue another section of the Camino and we will contact you shortly.
Francisco Raul Bravo
Spain
My Second Way

I'm already on my second road and I love it. I go alone because I do not agree on dates with friends. But when you're on the road and you see how many people there are, it's hard not to get along with someone. You are never alone. This year I joined a small group of Sevillians and the laughter has been assured. I hope to make another escape until I arrive in Santiago. 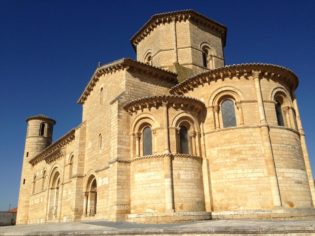 We use our own and third party cookies to improve the user experience through your browsing. If you continue browsing you accept its use. To see more information, see our cookies policy.OKCookies Policy