Cruises of the Camino de Santiago

In the beginning, the crosses on the Camino de Santiago were part of the religious ornamentation of a place, and were a very typical sign of identity in Galicia.

ORIGIN AND MEANING OF THE WAY OF SANTIAGO CROSSINGS

They are erected for numerous and very varied reasons, mainly religious, but they were also located to separate parish territories, delimit municipalities, sanctify holy places, requests for forgiveness, votive acts, and more specifically the Cruzeiros on the Camino de Santiago meant pilgrims protection.

Castelao said that the crosses meant "a pardon to heaven", and as we will see later in Galicia there are thousands of them so this author believes that they must have had great sins that they wanted to alleviate by making these crosses.

Given the uniqueness of Galicia, due to its heritage and inherited beliefs, it was the region where they mostly settled. It is believed that there are some 12000 crosses throughout Galicia, the oldest being the one found in Melide (XNUMXth century) on the route of the Camino de Santiago organized from Sarria.

Outside the routes of the Camino de Santiago, a Cruceiro stands out for its beauty, it is the Cruceiro de O Hío (Cangas), next to the church of San Andrés. It is a jewel of baroque art that covers the human cycle from Adam and Eve to the Redemption, with the Descent from the Cross as the main scene. A whole history of the world represented in stone by more than 30 characters. 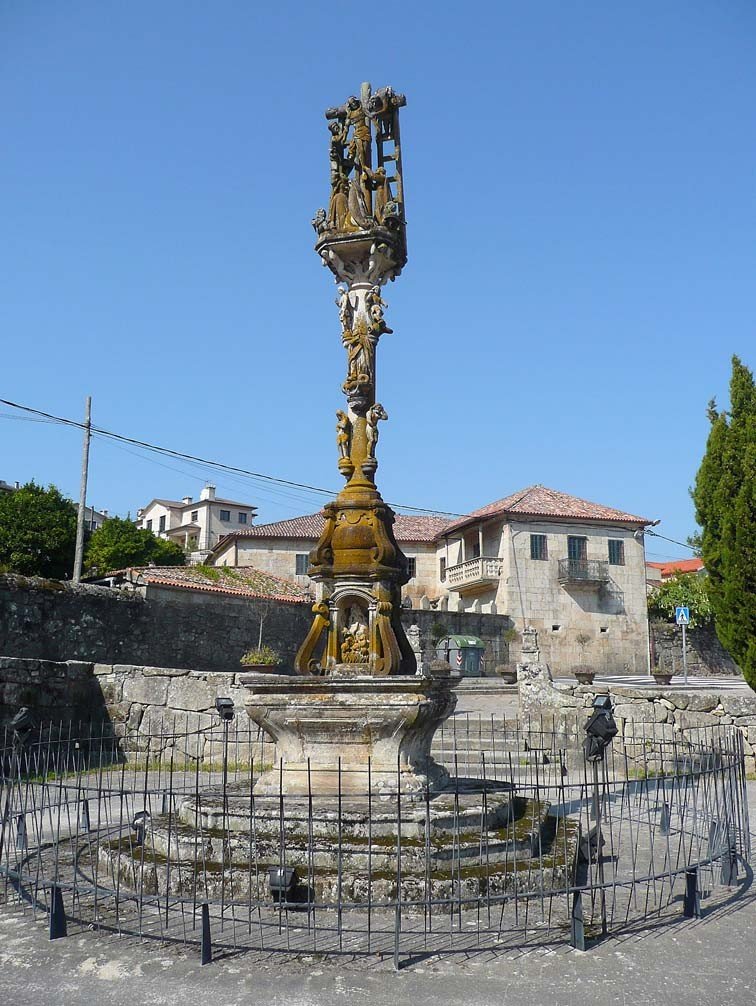 MOST IMPORTANT AND RELEVANT CROSSINGS OF THE CAMINO DE SANTIAGO

- The platform, which is the lower part of it, where it sits. Some authors say that it symbolizes Calvary.
- Base or Pedestal: It is the base of the column. Decorated with skulls and snakes (symbols of death and sin), mainly. The skull that symbolizes the triumph of life over death.
- Shaft / Column / Varal
- Capital, placed on top of the shaft, where the Cross sits. Often decorated with flowers or winged cherub faces.
- Cross: Main part of the crucifix, where the crucifixion of Jesus is represented on one side with his head slightly tilted to the right and with a beard with three nails and with the right foot placed on the left, both on a support; and on the other side of the cross the pain of Mary. The hands may be closed (means omnipotence) or open (mercy) and blessing if the index and middle fingers are extended. The figure has to be oriented to the main road.

These outdoor works of art await you when you hire your trip with companies for the Camino de Santiago organizedWe hope you enjoy the walk. At Mundiplus we will give you an informative dossier with the most significant things you will find on the route.