The Sobrado dos Monxes Monastery is located in the town that gives it its name, in the province of A Coruña, specifically in Terras de Melide.

It is one of the monasteries most important in Galicia, for which it was declared a National Artistic Historical Monument. It is in the itinerary of the Way of Santiago del Norte, reason why it is visited by thousands of pilgrims who make the Pilgrimage to Santiago de Compostela and finish their stage in this beautiful town. Si vas a do the Camino de Santiago from Sarria, in the intermediate stage that ends in Melide, we recommend you spend an additional night to visit it calmly

The origins of the founding of the Monastery of Sobradp dos Monxes date back to the 952th century (Year XNUMX), with the initial name of San Salvador. It did not go through good times in the XNUMXth and XNUMXth centuries, being closed and without monks for many years, until in the XNUMXth century important works were carried out to expand the Monastery. In this century and in the first half of the XNUMXth century, a great spiritual and economic activity is carried out, promoted, to a great extent, by the different privileges granted by different Kings such as Fernando II and Alfonso IX and later in the XV century, by the Catholic Monarchs.

From the XNUMXth century until the beginning of the XNUMXth century, it is when the Baroque Monastery has its greatest architectural splendor, carrying out an important work of hydraulic engineering, As is the current Laguna de Sobrado, becoming one of the richest monasteries in Galicia next to the Samos Monastery.

In 1835, with the confiscation of Mendizabal, the sale of the Sobrado dos Monxes Monastery and its possessions was carried out, which caused the important deterioration of the Monastery, not recovering until the year 1879, which remains under the tutelage of Cardinal Don Fernando Quiroga. More recently, other important works were carried out in 1954, commissioned by Cardinal Fernando Quiroga. Palaces.

To govern the Monastery of Sobrado dos Monxes, from its beginnings the monastic Orders of the Cistercian, Cluny, Trappists and Benedictines followed one another. 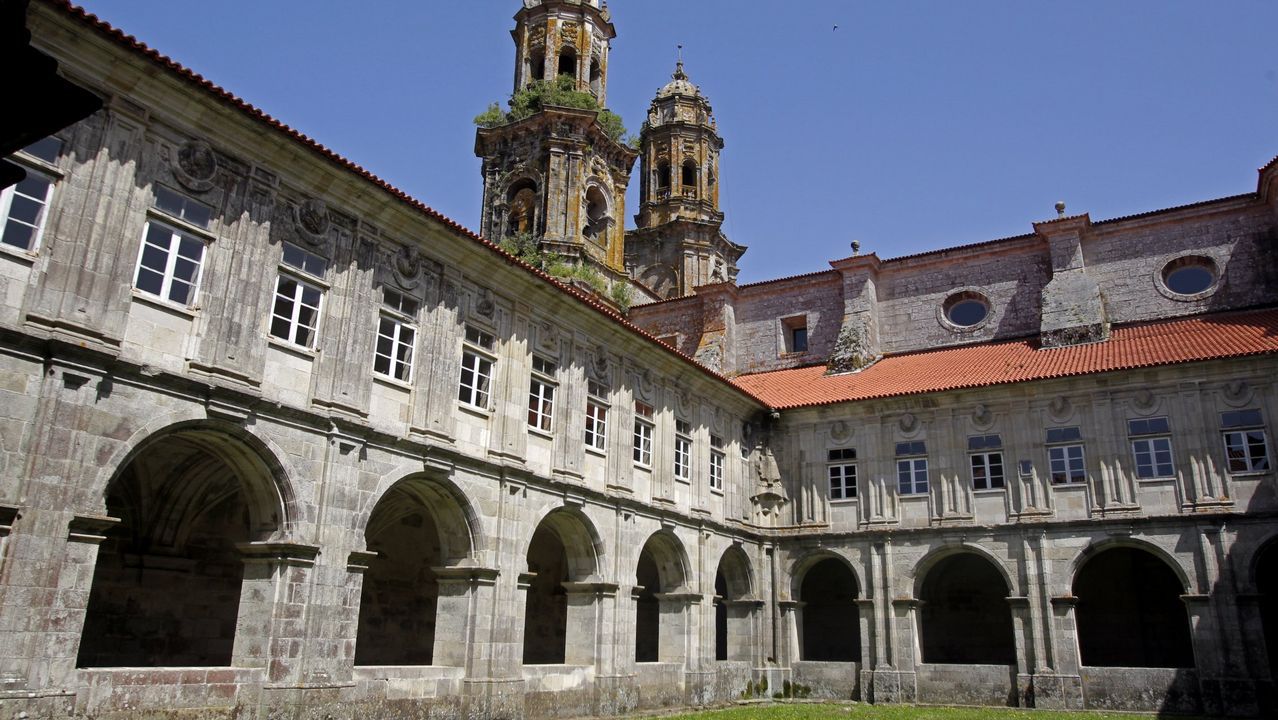 Architecturally, it is a temple whose plan has a Latin cross, where the main body of the church is articulated by three naves of different widths. In it, we can due to its importance, highlight the following elements:

> The iglesia It began to be erected in the 1647th century, with Mozarabic motifs, but it will be the architect Pedro Monteagudo, from XNUMX, who turns it into the imposing Baroque basilica that is today, being built in a Latin cross plan. In the same ofThere are two chapels (the Magdalena, also called San Juan Bautista - XVII century - and the Rosario - XIII century - which is located in the oldest part of the monastery). The 35-meter dome of the Church stands out for its grandeur, very similar to that of the Pantheon in Rome.

- The spectacular facade, in which we find the lintel door and above it, a statue of the Virgin of the Assumption with baroque decorative structures. On both sides, we can see impressive pairs of Baroque columns in the Corin styleuncle.

- Three cloisters (The one of the Hospederia or Pilgrim, The Processional or the Faces / Medallions and the Great Cloister).

- The Sacristy, built in the XNUMXth century, which constitutes an exceptional ensemble from the Galician Renaissance. As a curiosity, at the entrance of it, you can read in Latin: Mundamni Qui Fertis Vasa DominiIsaias 52 "Purify yourselves who carry the vessels of the Lord."

- The magnificent kitchen dating from the XNUMXth century. 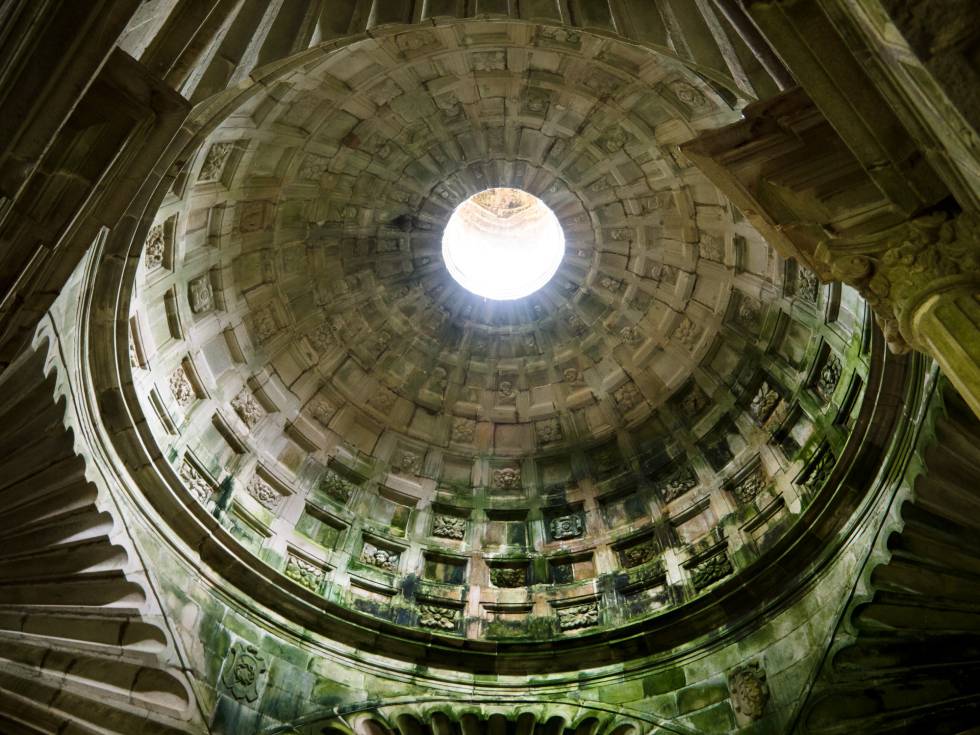 Next to the Sobrado dos Monxes Monastery and forming part of the buildings owned by it, we find the Casa del Arco (Old House of audiences). It is currently used as a hostelry, when necessary.

As we had indicated in a previous paragraph, near the Monastery is the Laguna, built in the XNUMXth century, in order to provide water to the monastery and its farmland, taking advantage of the waters of the Tambre river.

Being on the Camino de Santiago del Norte, the Monastery continues with its hospitable work, providing lodging for pilgrims in its hostel, just as they have been doing for hundreds of years. In the proposals for Camino de Santiago with organized trips that we offer, there is not the option of sleeping in hostels initially, but since it is such an emblematic place, we could consider staying in your hostel.