ROAD FROM SANTIAGO TO FINISTERRE AND MUXIA

El Camino de Santiago to Finisterre and / or Muxia was the one carried out by many pilgrims, from practically the discovery of the Tomb of the Apostle Santiago (XNUMXth century), who decided to extend their Way until "the end of the known land" and then to Muxia, direct to the Santuario da Virxe da Boat.

Santiago de Compostela
Negreira
brown
Olveiroa
EEC
Finisterre
muxia
IMPORTANT!!  Unlike other companies OUR RATE INCLUDES TRAVEL INSURANCE AND VEHICLE ASSISTANCE IN CASE OF EMERGENCY, for your safety and peace of mind.
We prepare this route of the Camino de Santiago to Finisterre for people who travel alone, as well as for groups of friends and / or family. We can adapt the number of kilometers of the stages to your physical condition.
Special discounts for groups of at least 6 people: €15/person (Not combinable with other discounts)

ROAD FROM SANTIAGO TO FINISTERRE ETAPAS

Breakfast and start of the first stage of our Camino de Santiago to Finisterre stage.

Relatively easy stage, it only has one section of slope, the ascent to Mar de Ovellas.

It leaves the Plaza del Obradoiro. We will find the fabulous medieval bridge of Pontemaceiras, over the Tambre river and the Pazos de A Chancela and Cotón, as the most representative monuments of the stage.

Arrival to Negreira. End of the stage

Through this region of A Barcala, and through mountainous areas repopulated with oak and chestnut trees, part of this stage takes place. By old cordoiras and and paths we will arrive at Portocamiño and Vilaserio, respectively.

Arrival to Maroñas. End of the stage

Our steps pass through small cattle villages. We will find Monte Aro, and the beautiful views over the Fervenza Reservoir, to then descend towards Xallas, until we reach Olveiroa.

Arrival to Olveiroa. End of the stage

Short stage, to enjoy our first contact with the sea in Cee.

After a first stretch of climb, up to Hospital, we continue our march, where we will meet successively with the hermitages of Nuestra Señora de las Nieves and San Pedro Mártir, with their respective holy sources. Views over Cape Finisterre and the famous Monte Pindo.

Arrival to Cee. End of the stage

Next, always close to the sea, the Estorde, Sardiñeiro sandbanks, with the beach as a temptation, and before reaching Cala de Talón, a spectacular viewpoint, reveals the grandeur of these places.

Arrival in Finisterre / Fisterra. End of the road.

DO YOU KNOW WHAT Certificate / s they will give you at the end of this path?

At the end of your Way, either in Finisterre or Muxia, you will be able to obtain "La Fisterrana" and "La Muxiana"

Day 7: Breakfast – End of our services

Magnificent stage, very close to the coast of the Costa de la Morte, and that culminates in the Sanctuary of Nuestra Señora da Barca, in Muxia, a place of pilgrimage and legend, where the Virgin Mary appeared to the Apostle Santiago, on a boat of stone and where we will find the “remains of it in stone form”. Where the famous Romeria da Barca festival is held.

RECOMMENDATION IF YOU EXTEND

For those people with little physical preparation or who prefer to perform the stage in a more calm and relaxed way, it would be advisable to divide the stage into two days: 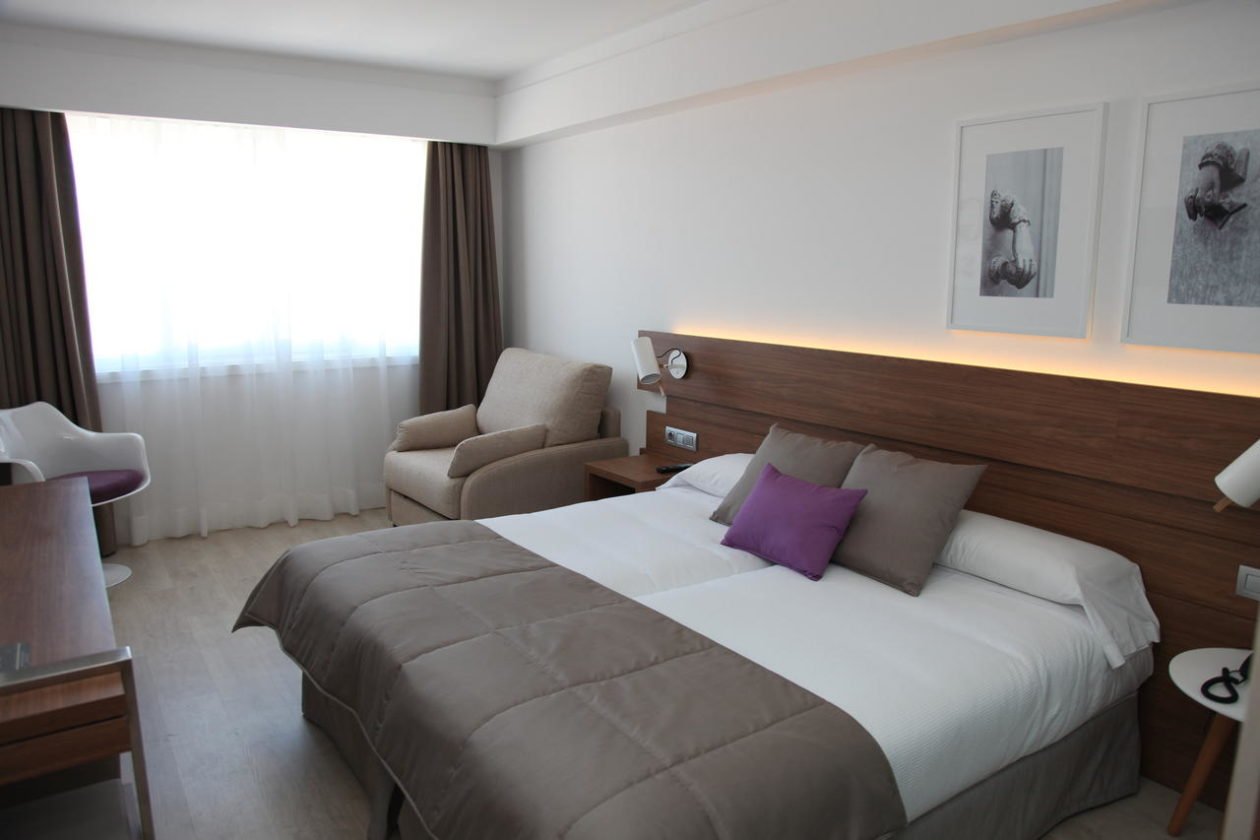 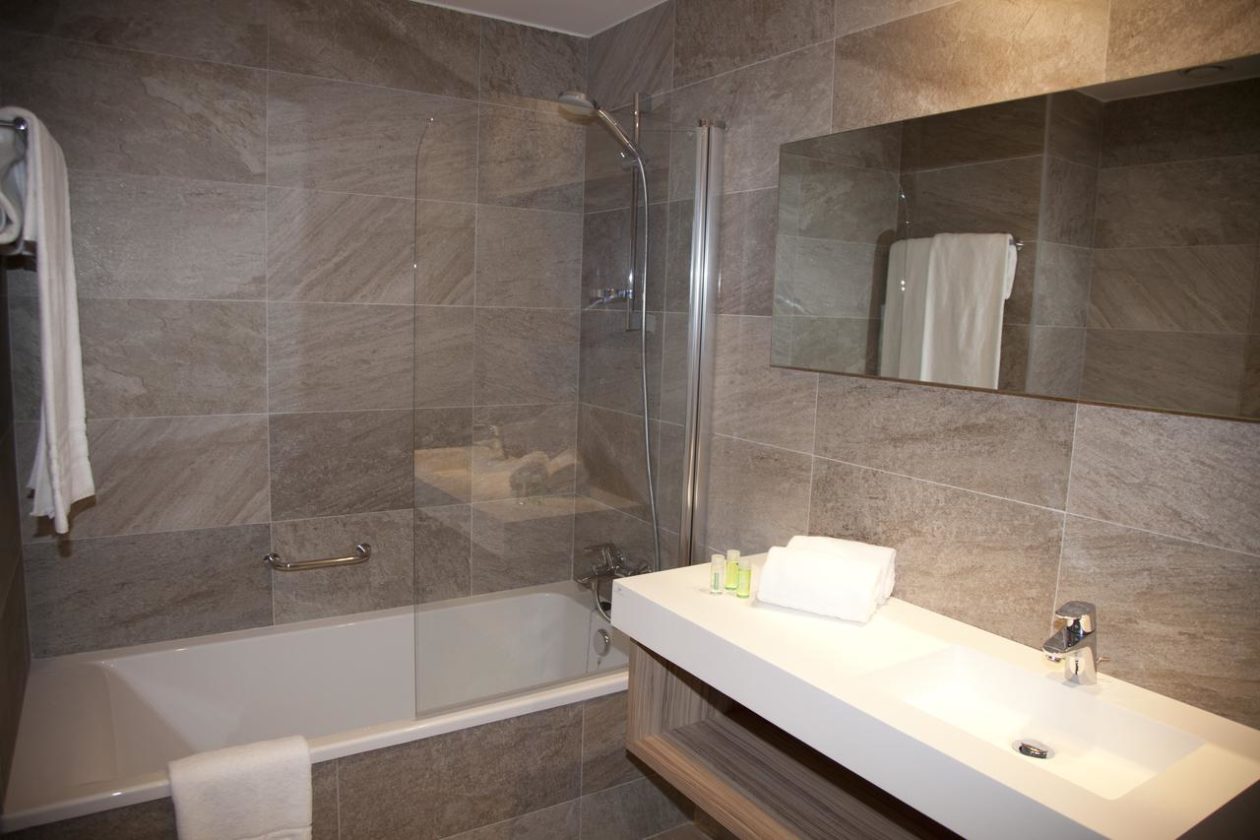 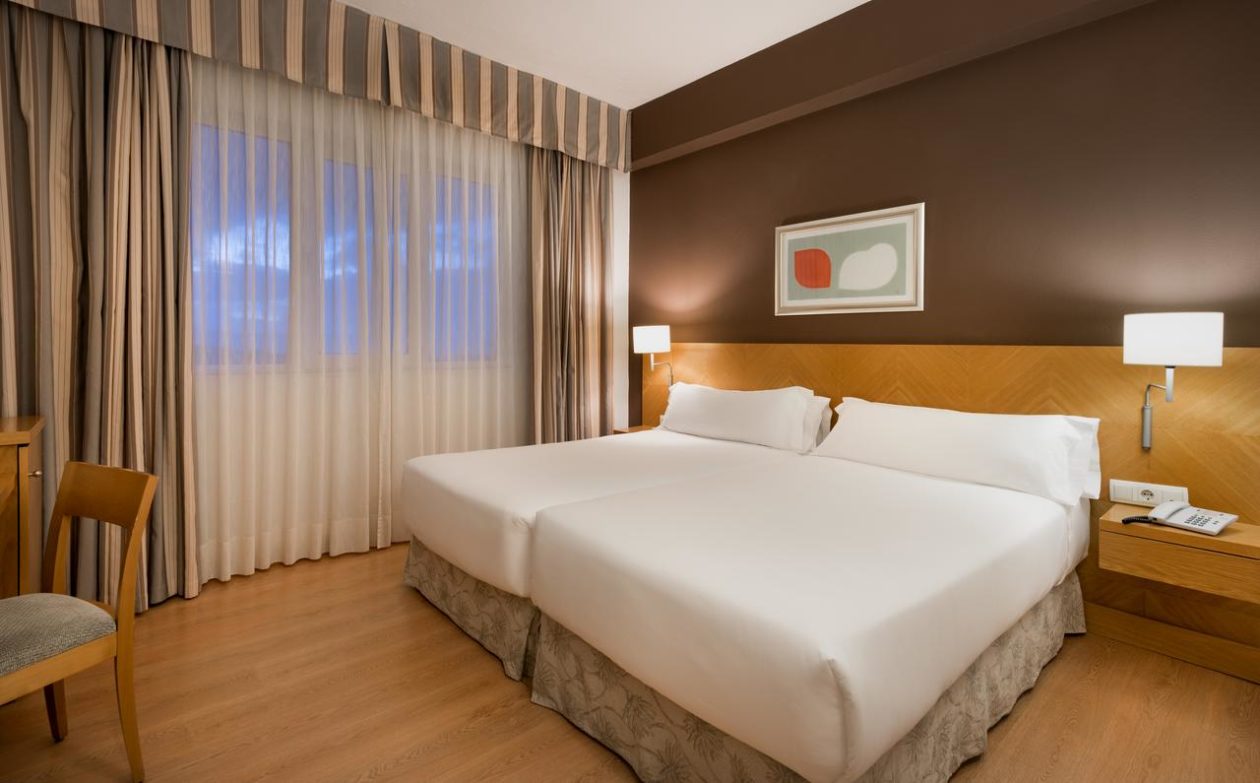 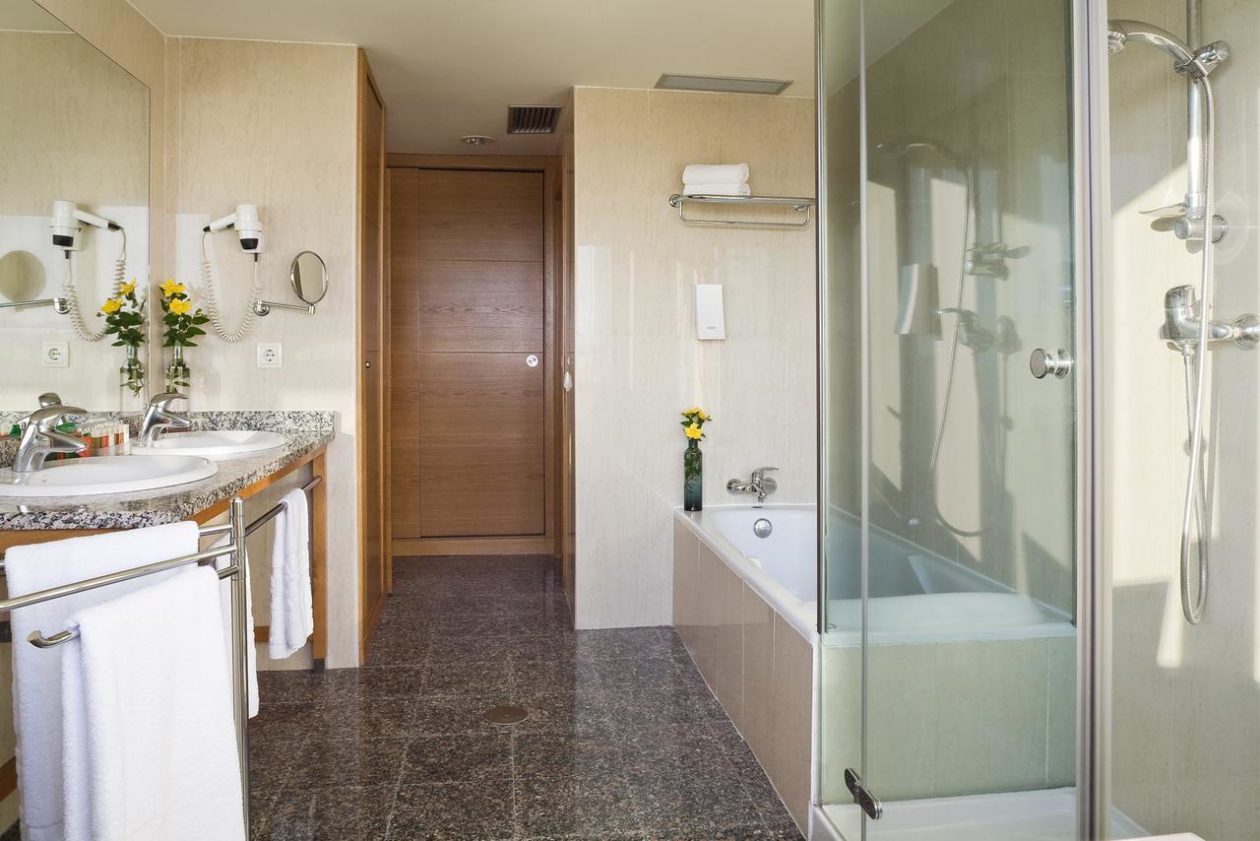 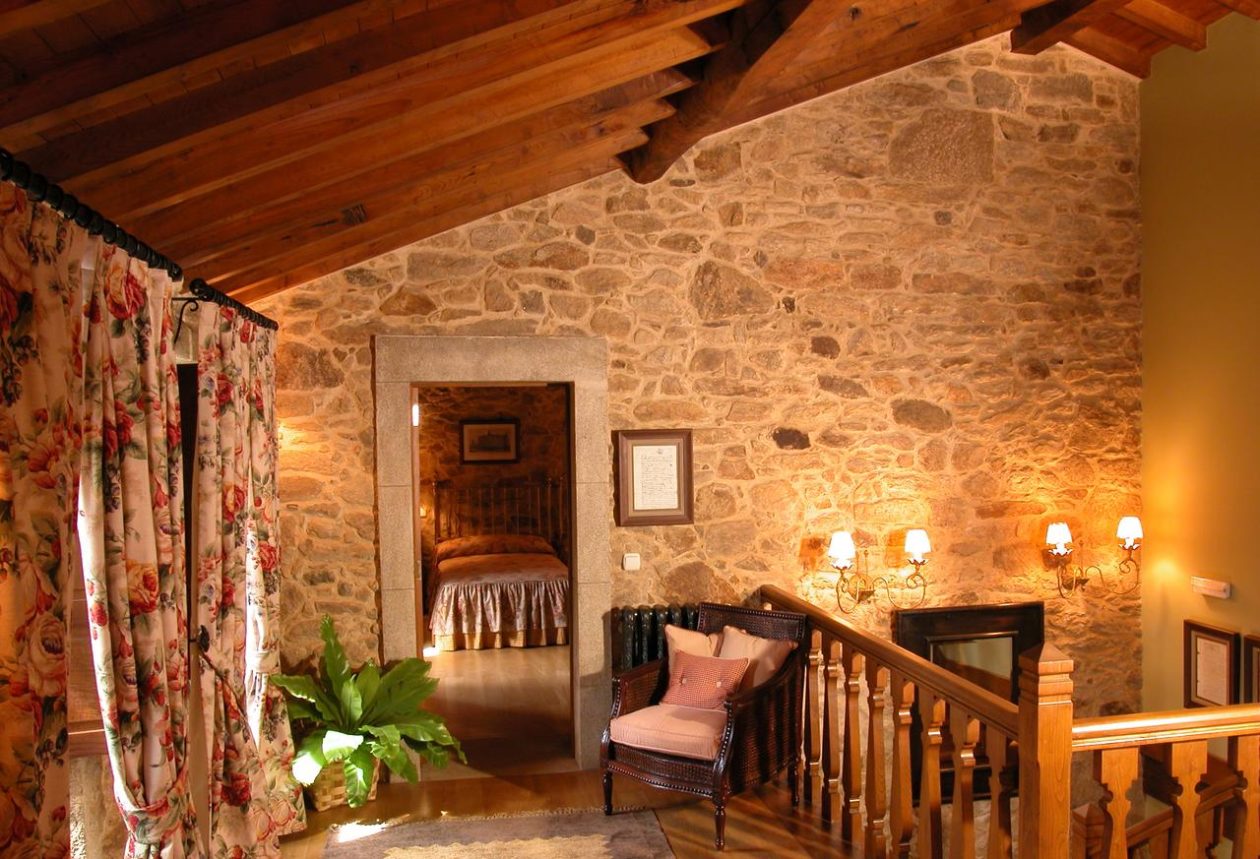 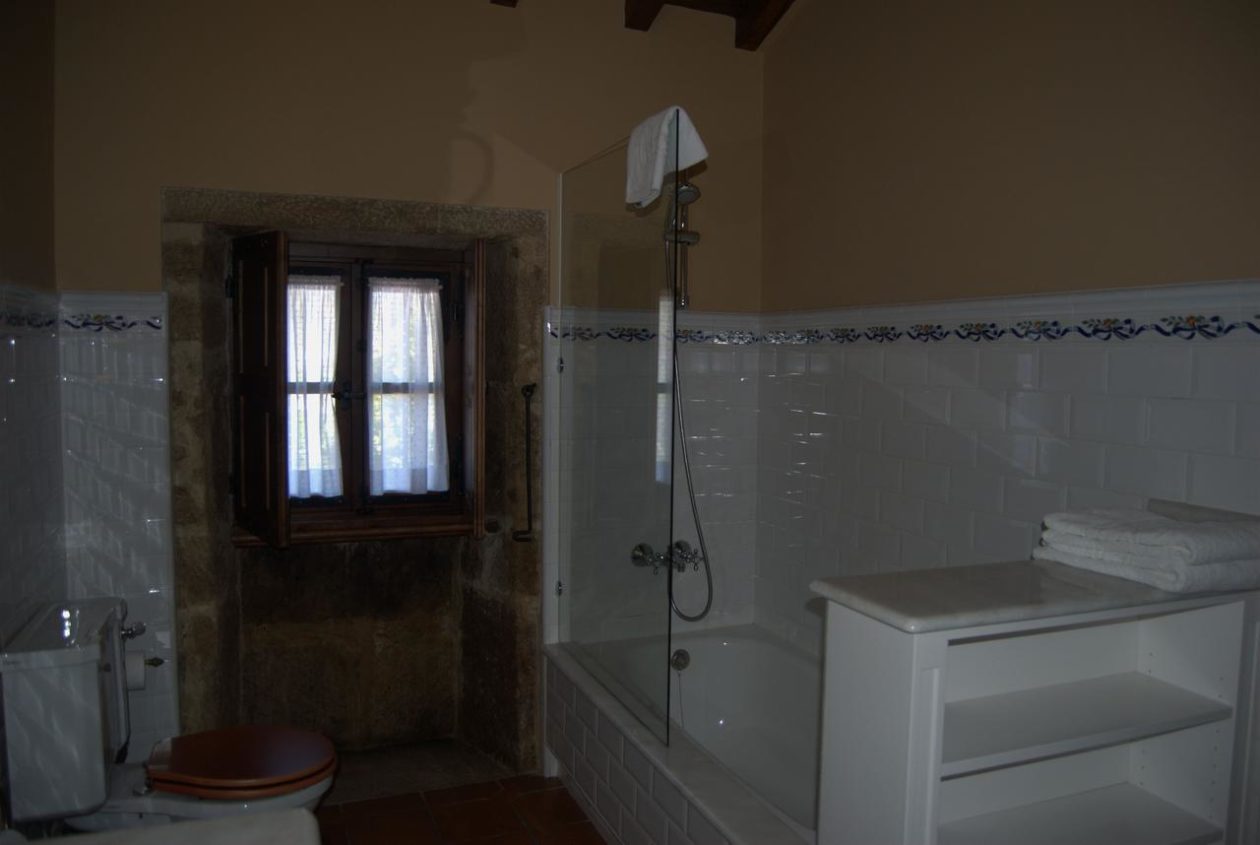 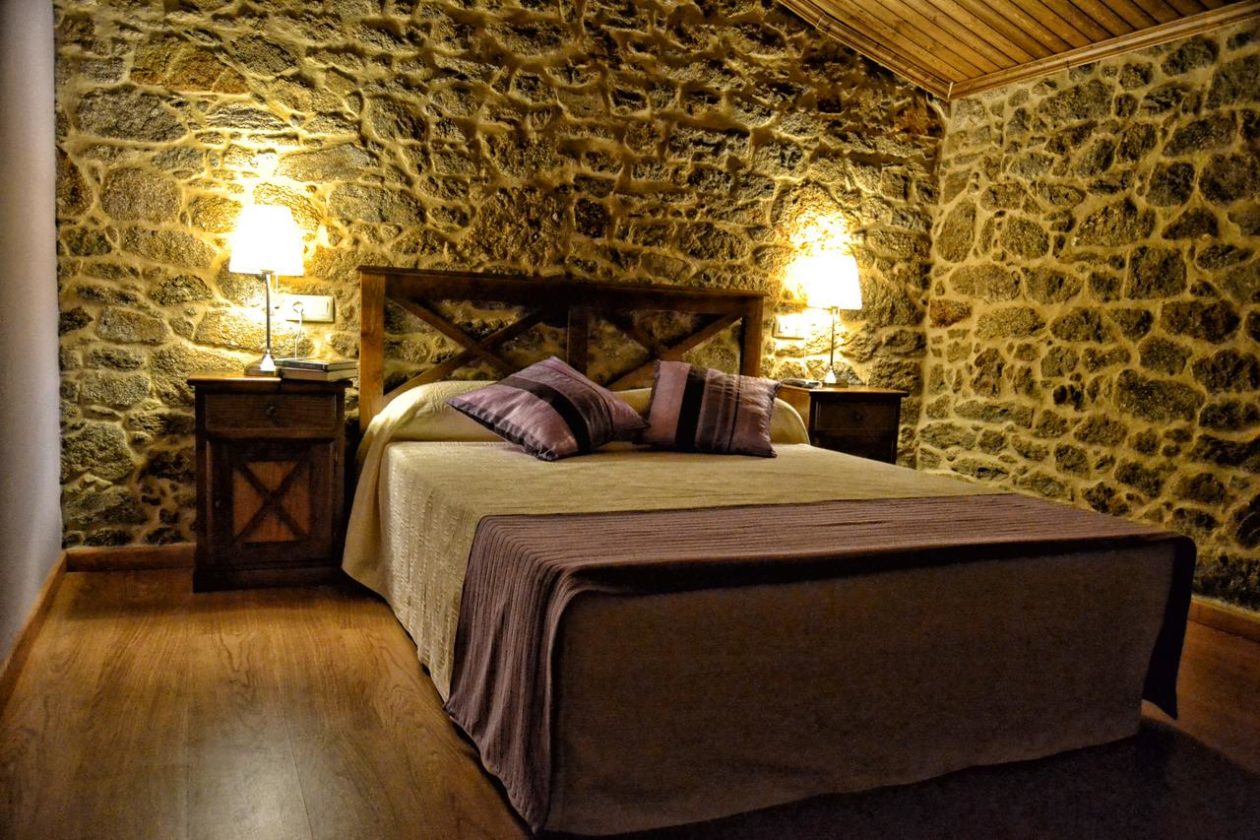 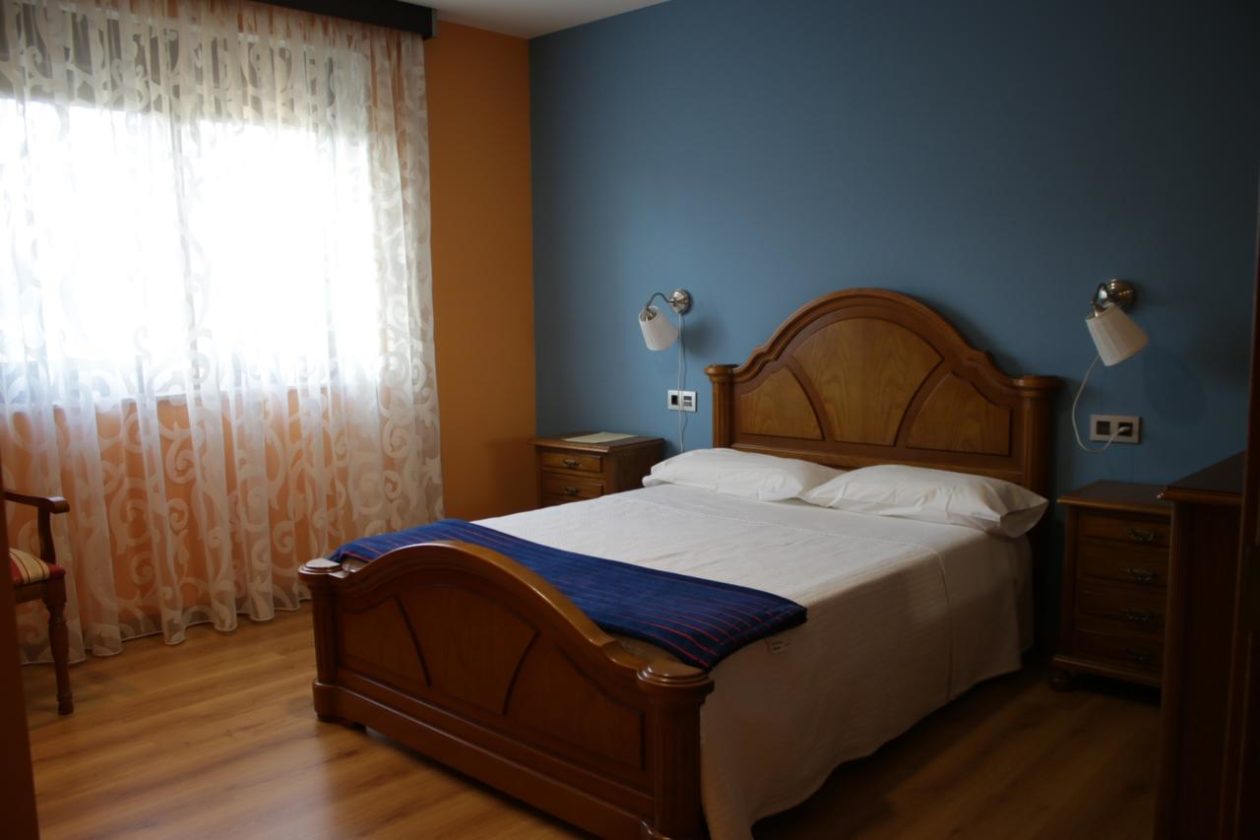 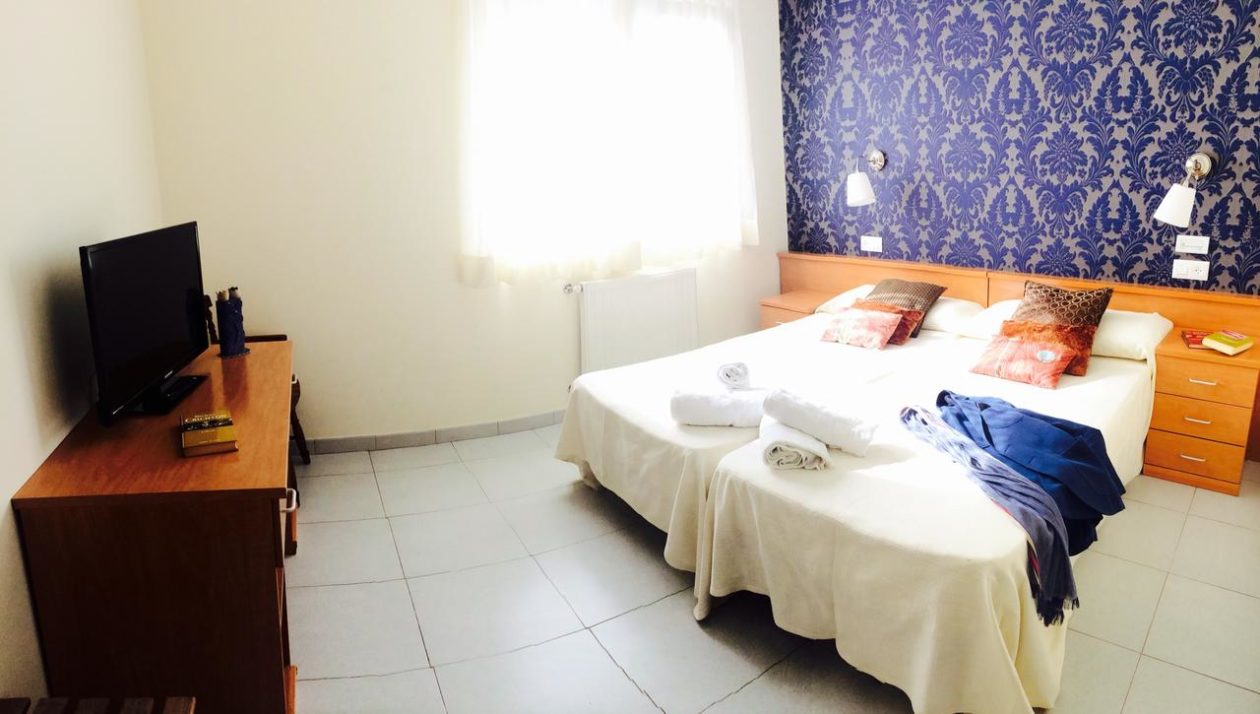 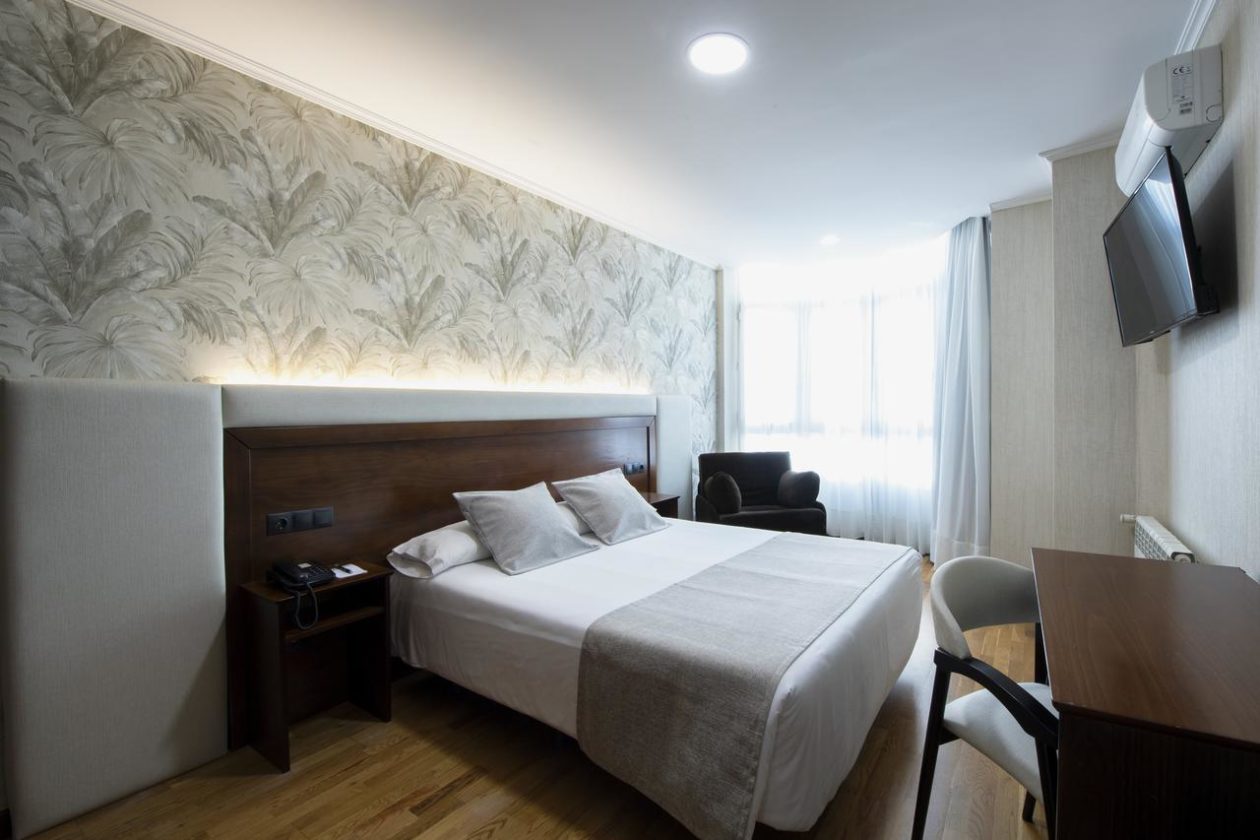 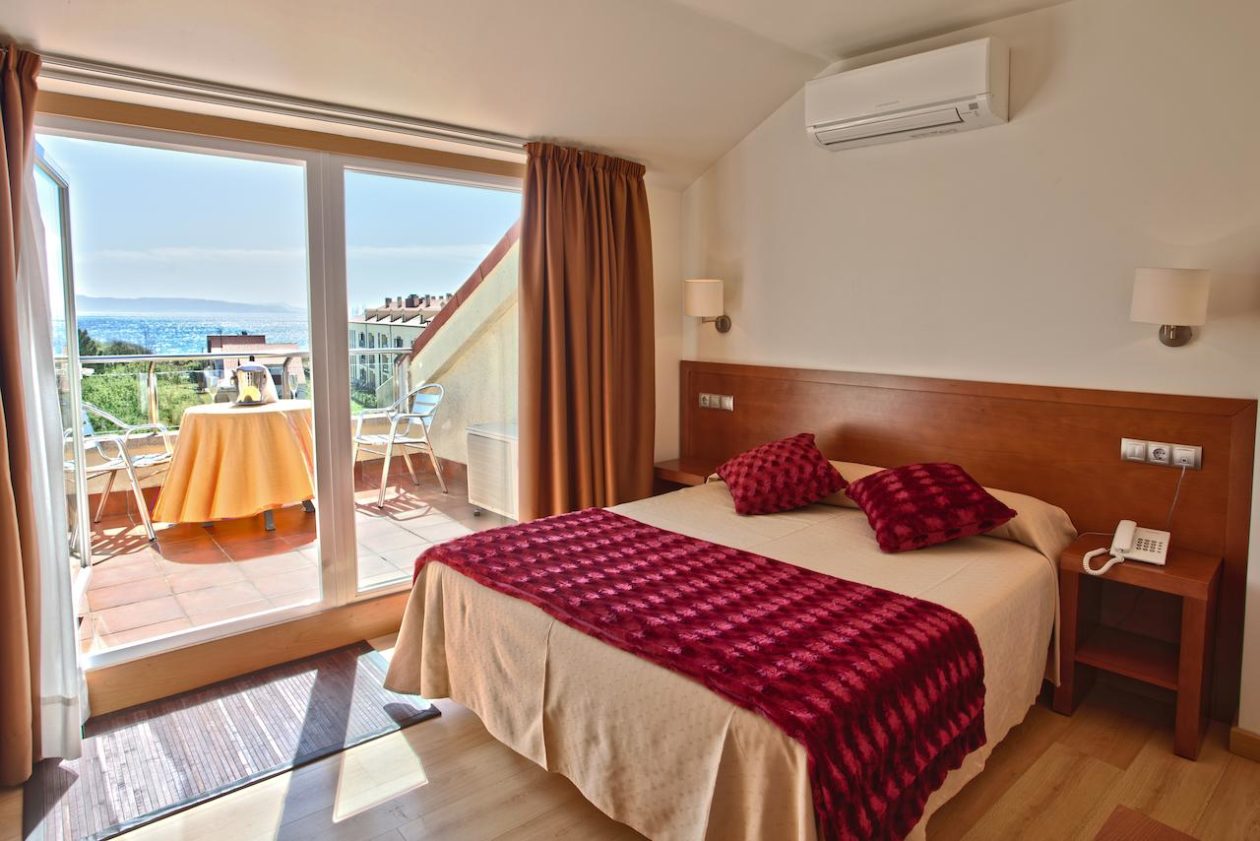 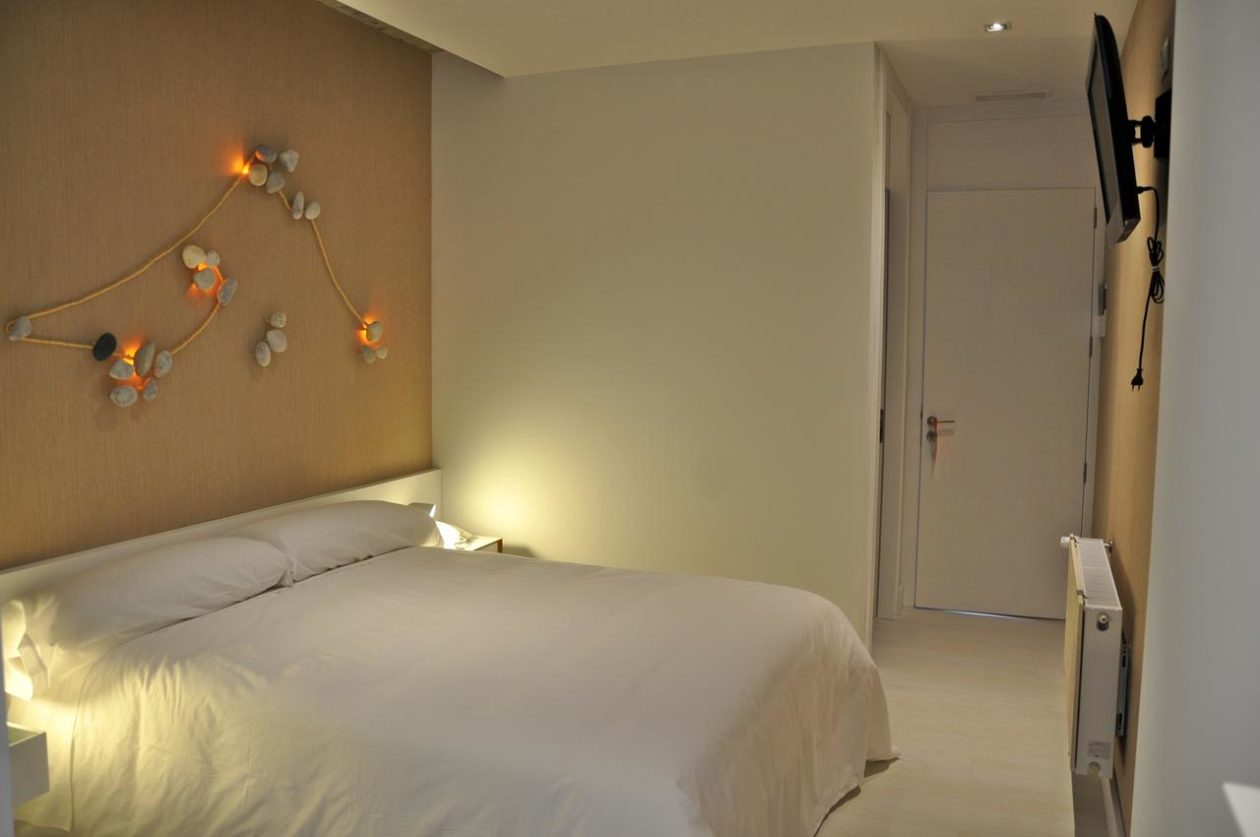 STAGE FROM SANTIAGO TO NEGREIRA

We begin our section of what to see in our Camino de Santiago with organized trip with the village of Quintans, a small town made up of stone houses, one of them with a crossroads. Highlight the bridge over the Roxos River, of medieval origin.

In Augapesada we can observe its medieval bridge, as well as the recently restored cobbled road.

In Ponte Maceira stands out the magnificent bridge of medieval origin from the end of the XNUMXth century, made up of five eyes of different sizes known as A Ponte Vella, through which the Tambre river is crossed.

On the other side of the bridge we find the Chapel of Carmen or San Blas from the 1945th century. Nearby is the Pazo de Baladrón built between 1955 and XNUMX.

In Negreira, El Pazo de Cotón, of medieval origin and with numerous modifications from the XNUMXth to the XNUMXth centuries, is of special mention. On its façade you can see a dozen coats of arms belonging to the families that inhabited it.

As well as the Chapel of San Mauro, dating from the eighteenth century and the Church of San Xulian.

In the first place in Zas we highlight the small Church of San Mamede, which due to its dimensions can be considered a chapel.

Past Piaxe we meet one of the  best preserved cruises of our route.

In Santa Mariña, highlight a Romanesque temple of a nave and a rectangular apse, with two simple covers.

In Bon Xesús a very suggestive crossing remains because of its roughness.

In Olveiroa the Church of Santiago stands out, of sober construction probably of Romanesque origin. The cover, with bulrush, is baroque and on the lintel of the door there is a peculiar image of the Apostle of uncertain origin.

Near Olveiroa we find the Chapel of Saint Lucia, whose source is at the entrance, is said to have healing properties for vision problems.

STAGE FROM OLVEIROA TO CEE

Visit the modernists Casa Mayán and Guillen, as well as the rector's house and the pazo de Cotón.

As a counterpoint we can also relax seeing the views from La Concha beach.

STAGE FROM CEE TO FINISTERRE

At the Cape of Fisterra we find the old lighthouse. There, the spirit and nature, the sea and the sky, the legend and the present come together in which the ancients believed the end of the known world, after surely observing its great sunsets.

The ancients performed three rites of purification, death and resurrection:

- Purification of the body: It is done on Praia da Langosteira, two kilometers before entering the town. Thus, the pilgrim dusted off his entire route and cleanly began his countdown to reach that end of the road that is so hard and at the same time important for all pilgrims.

Finisterre is closely related to the pre-Christian stories that tell us about the existence of pagan cults and their subsequent Christianization.

– Burning clothes: in the past, clothes were burned, through this rite, the pilgrim gets rid of everything material and with the fire he tries to burn everything he wants to get rid of and that will not benefit him to start a new life. Currently this practice is prohibited!

It is related to the Jacobean route and with the arrival of the remains of the Apostle Santiago in Galicia. The Jacobean tradition of the Galician finisterre is based on two of the most popular devotions in Galicia; the Holy Christ, which is located in the Church of Santa María de Areas, of medieval origin whose main portal is Romanesque in style and the exterior of the temple is dominated by marine Gothic, in Finisterre, of which the lawyer Molina (XNUMXth century) says that the most pilgrims who come to the Apostle come to it.

STAGE FROM FINISTERRE TO MUXIA

In Lires we can visit the Temple of San Estevo from the beginning of the XNUMXth century.

In Muxía the legend tells that the Virgin Mary, transferred in a stone boat, appeared to the Apostle Santiago in this place to encourage him in his work of evangelization.

We can see “Las Piedras Santas” which, according to Jacobean legend, are vestiges of the remains of the ship in which the Virgin Mary arrived. These include: La Pedra de Abalar (representing the candle), La Pedra dos Cadris and the Pedra do Timon (known as the stone of lovers)

In the center of this town we find the Church of Santa María.

We finish with the essentials of our post What to see on the Camino de Finisterre/Muxia with the most important place on the route, the Sanctuary of Our Lady of Barca, inside which is the Chapel of the Virgin, as well as model ships hung as offerings made by sailors to the Virgin.

After the sinking of the "Prestige", a Monolith was built, which recalls this fateful natural catastrophe.

Road to the end of the booming world

More and more pilgrims are making, for example, the last 100 kilometers of the Way from Sarria to Santiago, they decide to head towards what once in ancient times was the end of the known earth, the "end of the world". For many years, many have considered that the Camino does not end at the Cathedral of Santiago and extended their journey to Finisterre and Muxia (the place where the Virgin arrived in a boat to encourage the Apostle Santiago).

It is also in a way to do the road in reverse from Finisterre, as the old pilgrims who had to return home did, many of whom ended up establishing their residence in Spain in many of the villages that marked their return.

Reviews
Elena
Spain
All great, it is the second time we do the Camino with Mundiplus and we are very happy, the accommodations very well and the permanent and very friendly attention.
We repeat for sure
Jessica and Janet Arnoldson
Focus on the Way

If you want to enjoy the Camino Mundiplus take care of all of the details of your trip. You only have to relax and enjoy the route. This was a life experience. After walking each stage there were perfect lodgings to rest. Beds and private bathrooms were great. All places were very clean. We will definitely go back on the Camino.
Olga
Spain
Finisterre and Muxia!

Spectacular Camino, I loved the landscapes. I started alone and met many people with whom I walked and shared the experience. The Way enriches you personally more than you could imagine. The coordination and communication with Mundiplus before and after starting the trip has been 10. I can not complain about the transfer of my luggage, or the chosen accommodations. Thanks for everything.
Susana arjona
Spain
You have to live it in person

The truth is that each one moves us different reasons to make the way. I went for the adventure of meeting people and sightseeing in Galicia that is beautiful and I do not regret it. The best thing was the people I met, each with their beliefs or not, but we were joined by the excitement of doing the route and helping each other. This is for me the meaning of the road, and everyone must find their own. 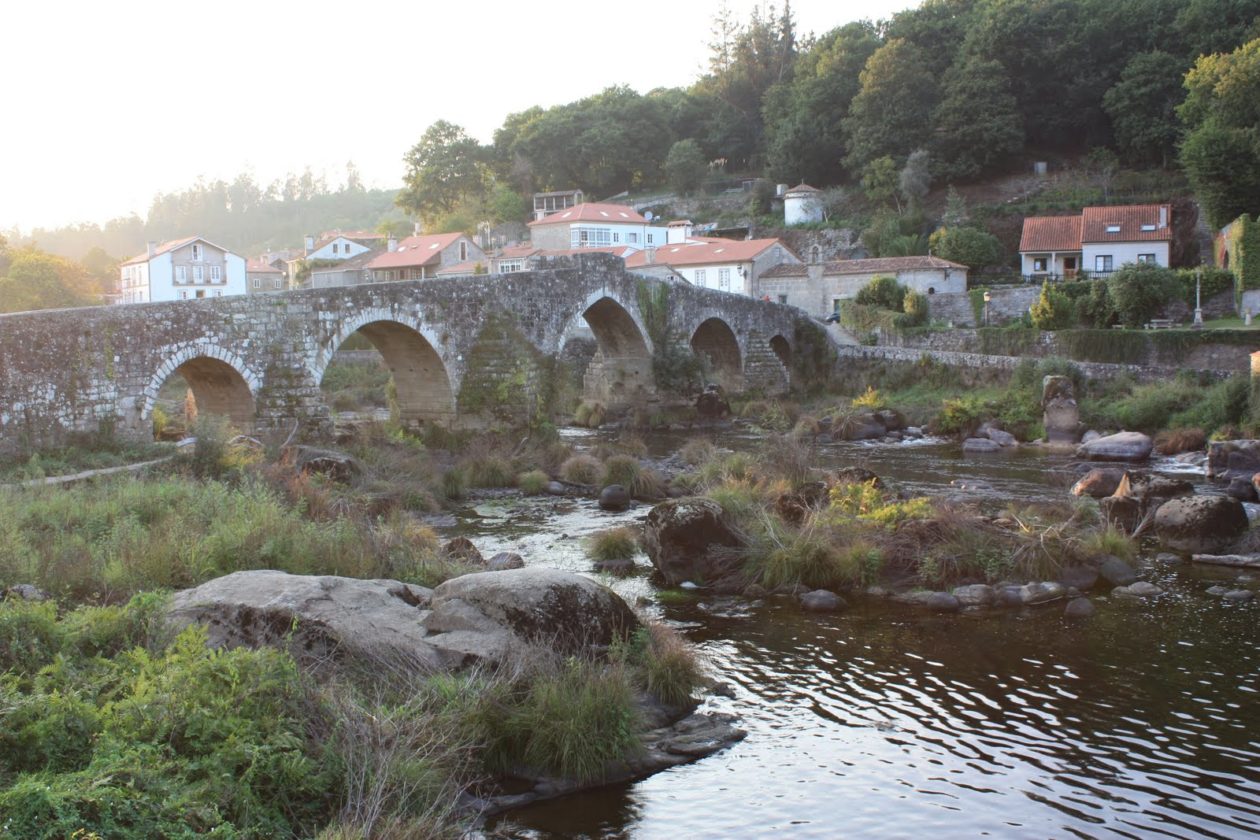 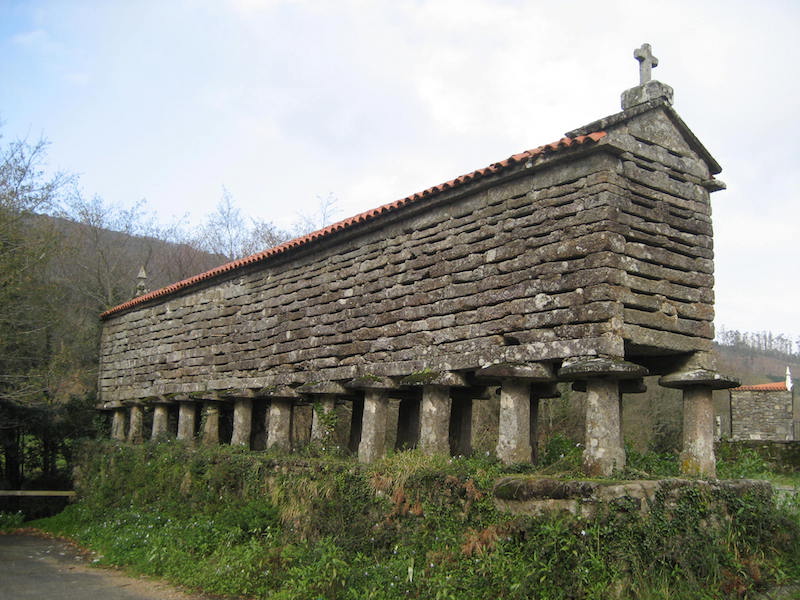 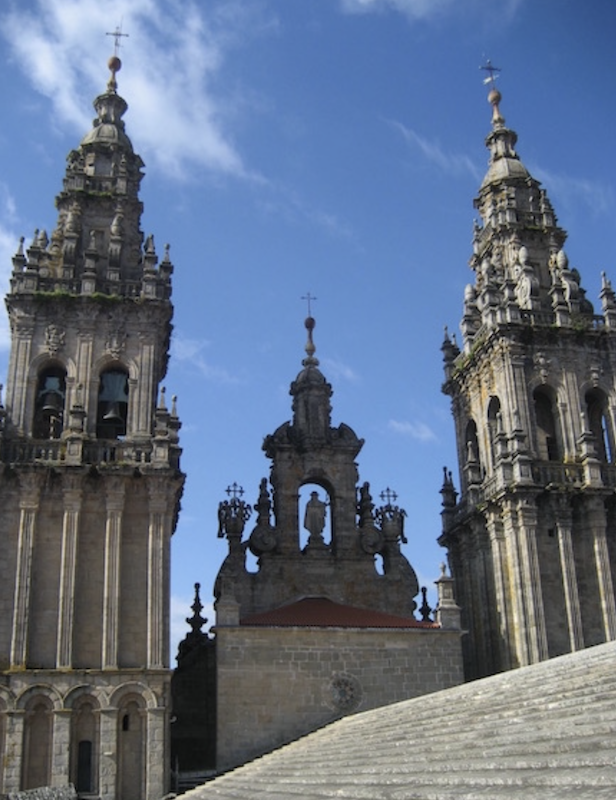 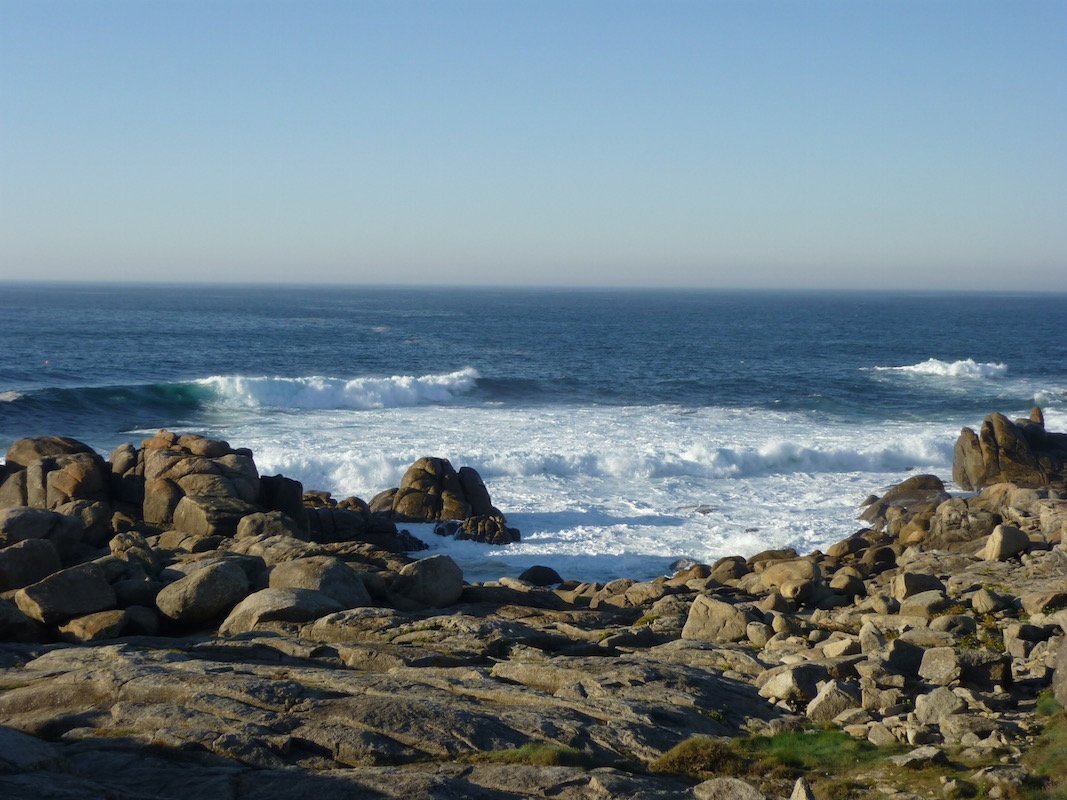 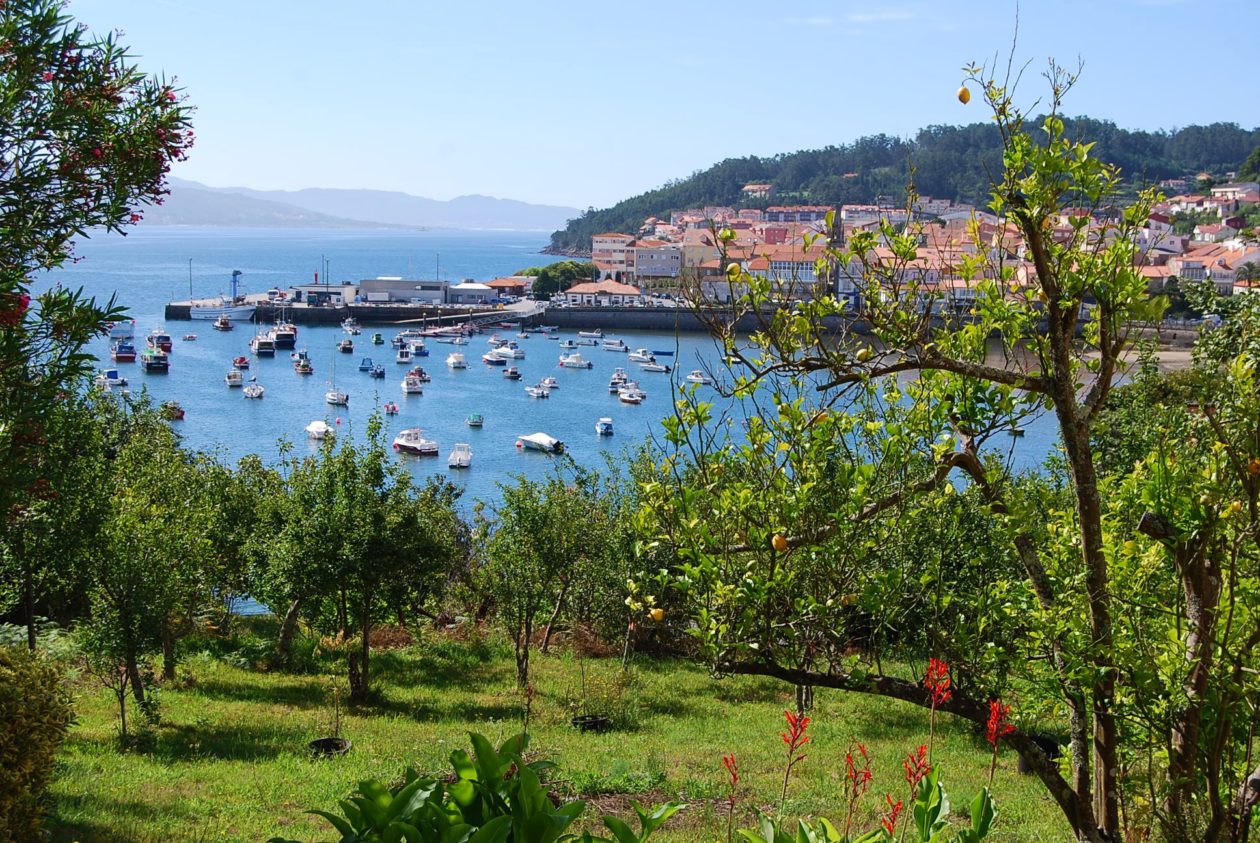