San Juan Pie de Puerto (Saint Jean Pied de Port or Donibane Garazi) is a French town located in the department of the Atlantic Pyrenees, in the Basque-French historical territory of Lower Navarra, 8 km from the border with Spain, in Valcarlos .

It was founded in the XNUMXth century, at the request of the King of Navarre, becoming the key city in the south of the Kingdom of Navarra.

The medieval village of Saint Jean Pied de Port framed within the French Santiago Way It is surrounded by walls and the interior of the city, it has cobbled streets and old houses such as Casa Marsart (XNUMXth century) and is considered one of the most beautiful cities in the French Basque Country.

WHAT TO VISIT IN SAINT JEAN

As the main cultural and historical attractions of the city, we can highlight:

Listed as a World Heritage Site by UNESCO in 1998, it is the historic entrance to the city of the Pilgrims who make the Camino De Santiago, in the direction of Roncesvalles.

Military fortification that dominates the city. It was built between the years 1625-1627, it is an exceptional example of military construction from the XNUMXth century, designed by the French military engineer VAUBAN.

It is surrounded by walls, being able to walk through it, through the Camino de Ronda, where we can see embrasures, sentry boxes, battlements and machicolations. 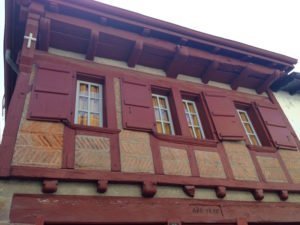 Typical medieval street, narrow and cobbled, with houses from the 1510th and XNUMXth centuries, among which the Casa Arcanzola (Year XNUMX) stands out

A commercial street that follows the Citadelle, once we have crossed the bridge over the river Nive, next to the Church of San Juan.

It is integrated into the walled area, built in 1840, constitutes the southern exit towards Spain, used by pilgrims in their Camino de Santiago to Roncesvalles.

PRISON OF THE BISHOPS

Located on Rue de la Citadelle. Emblematic place of the city. The building is associated with two historical achievements of the city: It served as a place of residence in the XNUMXth-XNUMXth centuries for Bishops of the Diocese of Bayonne and as a prison, at the end of the XNUMXth century. Inside, we can enjoy a permanent exhibition of the Camino De Santiago in medieval times.

Embedded in the wall, and close to the old medieval market.

It is located next to the Church of Notre Dame, and gives access to the bridge over the river Nive. In it we can see the statue of Saint John the Baptist and a Virgin with a child.

It is one of the most important Gothic buildings in the French Basque Country. Its construction is attributed to King Navarro, Sancho el Fuerte, in commemoration of the victory in the Battle of Las Navas de TolosaIn the year 1212. 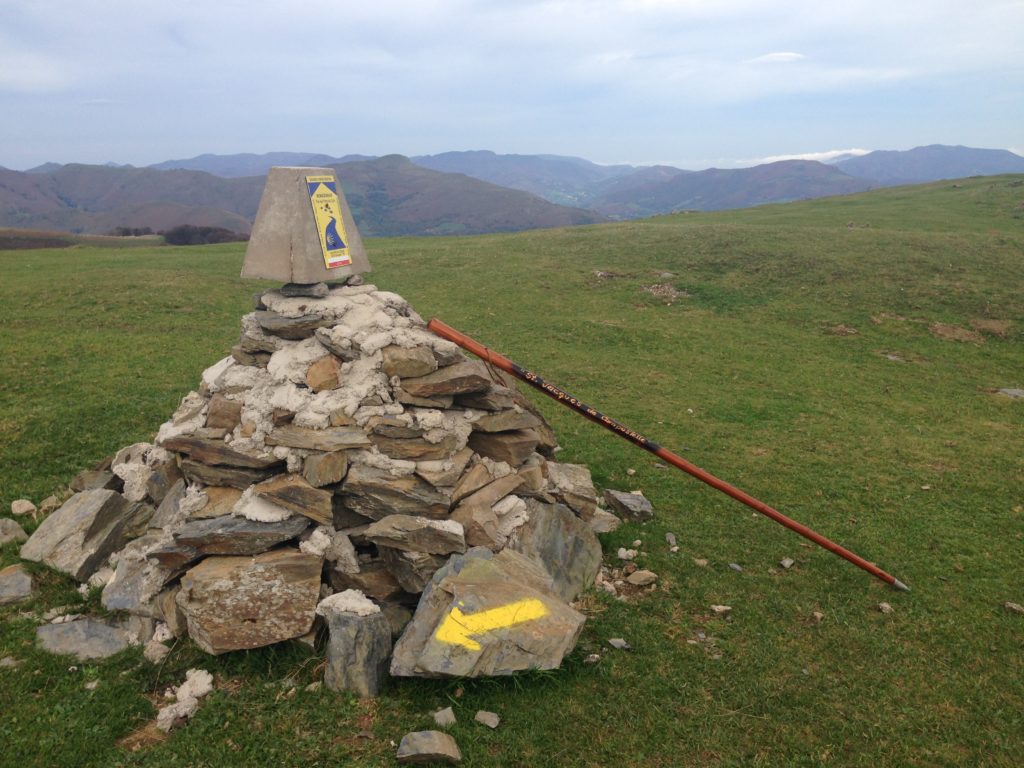 As in previous years, the passage has been restricted by one of the variants that give access from St. Jean de Pied de Port to Roncesvalles.

From November 1 to March 31, passage through the Bentartea and Lepoeder hills is restricted, for safety reasons, mainly due to bad weather and accumulation of snow in this area during the winter season, which It has produced in previous years, accidents and numerous rescues that have had to be carried out on pilgrims who have ventured into this area, without the slightest security measures.

Due to the fog and snow, the vast majority of the signs are not visible and cause losses among walkers. We have to consider that at this stage, one of the most beautiful on the Camino, we save a drop of about 1200 meters, in addition to the weather, with the effort that this requires of us.

This is why people who want to do this stage from Saint Jean Pied de Port to Roncesvalles, have to do it through the Luzaide-Valcarlos bypass and the Ibañeta port to Roncesvalles, an area well known for the famous Roldan's Song, nephew of Charlemagne.