How to obtain La Compostela and more certificates

We are going to focus on informing the pilgrim of How to get La Compostela, the Distance Certificate; as well as other certificates such as La Fisterrana and La Muxiana that will constitute a beautiful memory to frame to recall the itinerary of the Camino de Santiago done, although this should not be our main objective. The first-person experience and experience far exceeds the acquisition of these certificates.

In times past this memory was mainly constituted by scallop (bivalve mollusk that was found in the lands of Galicia and that we give to all our pilgrims). Today, that scallop shell continues to represent one of the main symbols of the Jacobean pilgrimage to Santiago, as we can see hanging on a multitude of pilgrims' backpacks or around their necks.

Currently there is a document, written in Latin, issued by the Cathedral of Santiago and certifying that the pilgrimage to Santiago de Compostela has been made for religious or spiritual reasons. No matter what Holy year or not. This document is La Compostela, and it is delivered at the Santiago Pilgrim Service Office, which is located at Rúa de Carretas, 33, a place located on a street very close to Plaza del Obradoiro and the Parador de los Reyes Católicos.

Its antecedents date back to the Middle Ages, when a letter of proof was delivered so that the pilgrim, upon returning to his place of origin, could prove that he had arrived in Santiago de Compostela.

WHAT DO I NEED TO GET THE COMPOSTELA?

For delivery, it is necessary to present the "Pilgrim's Credential". To obtain La Compostela we must prove, at least, having traveled the Last 100 Kms, of any route of the Camino de Santiago that ends in The Santiago de Compostela Cathedral, if this route has been made on foot, or the last 200 km, if the Camino has been traveled by bicycle.

This credential, currently, is like a kind of passport in which the pilgrim stamps, inside, stamps of different places along the route, through which he passes, such as hotels, restaurants, churches, hostels, etc., attesting to of it. It's like it's a "passing test." 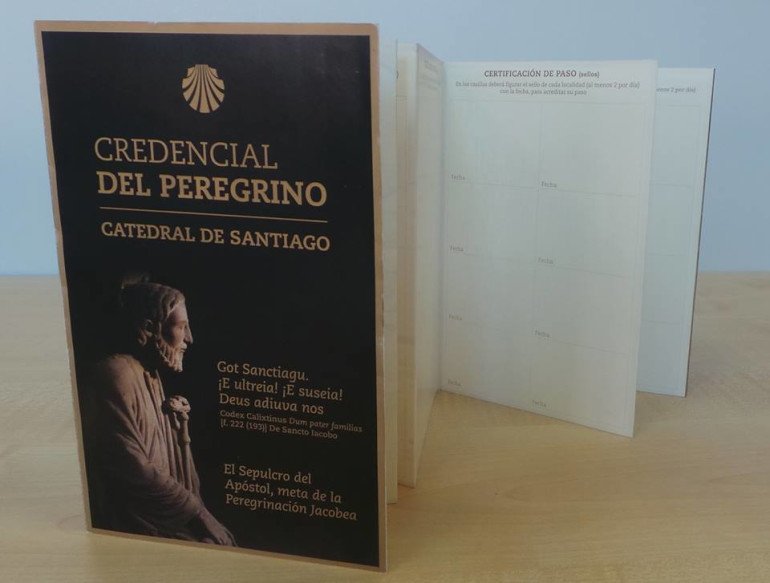 Today, due to the exceptional circumstances in which we find ourselves, worldwide, due to the health crisis caused by COVID-19, at the beginning of Xacobeo 2021 (Jacobean Holy Year), a "Digital credential”To provide additional health security, to pilgrims who wish, through virtual stamps through the capture of QR codes.

These QR codes will be available in the premises / establishments where the current credential is usually stamped, in a traditional way, with which we also give you if you make any of our routes to the Camino de Santiago.

With this new credential, the aim is to avoid, as far as possible, personal interaction with the people who seal the credentials, along the routes, with the possible health risks that this could entail. The stamps that are obtained, in a virtual way, will be the same as the physical stamps, thus avoiding differences between the two.

This new "digital credential" does not replace the physical credential, but complements it, the pilgrim being able to use one or both, as he prefers.

It is very important to point out, to avoid misunderstandings, that La Compostela will only be granted to those people who, at the time of completing the Camino, state that they have made the pilgrimage for religious reasons, a question that will be asked at the time of making the aforementioned management. Otherwise, they will be issued another certificate other than Compostela.

HOW TO GET THE COMPOSTEL AT THE PILGRIM ATTENTION OFFICE

In an effort to provide the pilgrim with security and information as much as possible, at the time of collecting this document, the Cathedral of Santiago has already implemented a system to avoid the long queues that tend to form when picking up La Compostela in the Pilgrim Service Office, mainly in the months from April to October.

For this, a “Register of Pilgrims on-line”Where you will have to register and provide different information about your trip to Santiago, prior to its initiation.

In this way, you will not have to give, again, that information to the person in charge of the delivery of La Compostela, or fill in any additional document, since they are already in the online registration system, previously carried out, avoiding time management, which provides greater security, both for them and the staff of the Pilgrim's office.

Likewise, upon arrival at the office, a QR code is obtained, by means of a entrance ticket, which will indicate by mobile phone, at all times, the time at which it is expected that you will be able to make and obtain this precious Certificate for many pilgrims, in this way you will know at all times the expected waiting time, in order to avoid the Unnecessary queues and waste of time.

When your turn comes, you will be told, on a screen arranged for this purpose outside the offices, where you have to go to get your Compostela. Thus the pilgrim can take advantage of and continue visiting the historic center of Santiago. 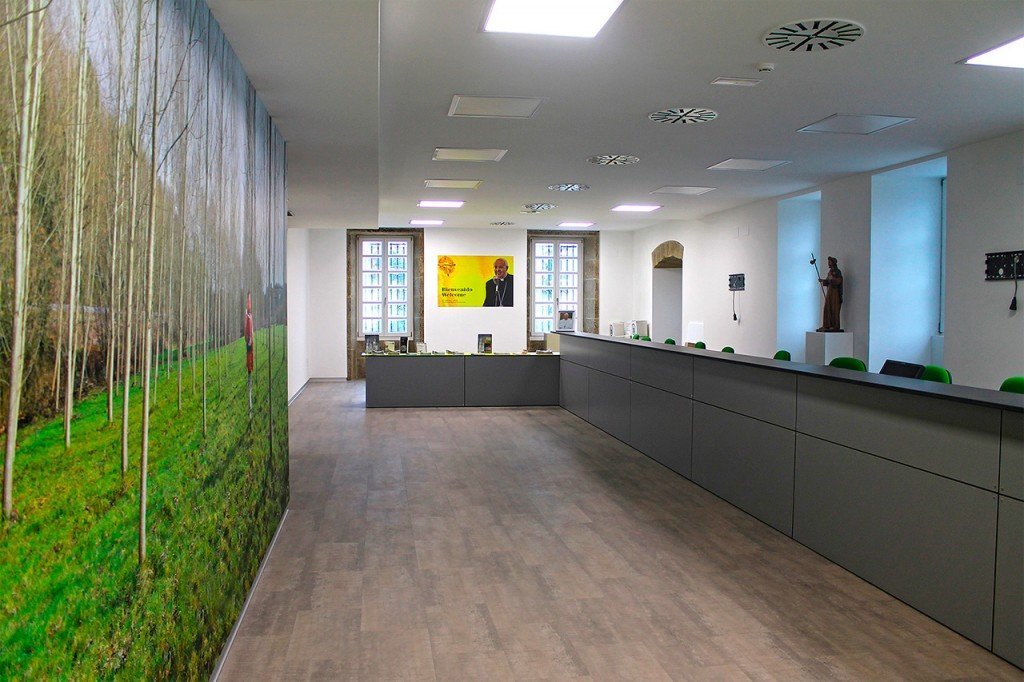 COMMON PLACES WHERE TO START THE WAY TO OBTAIN COMPOSTELA

Many people want to do the Camino and get to La Compostela, but they have a limited number of days to do the Camino de Santiago, so below we are going to point out the most common starting points, from which you can get this Certified traveling, at least the last 100 Kms if we travel on foot; or riding the last 200 km, if we do it by bicycle.

Sarria is a town located about 30 km from Lugo and about 115 km from Santiago de Compostela). The route is usually covered in 5 or 6 stages, with an average of 20 km per stage. It is the most popular stretches of the Camino de Santiago and traveled by pilgrims from all over the world. If it is the first time that you undertake this trip we usually recommend this Path as a first contact.

Tui is a town located in the province of Pontevedra, on the border with Portugal, about 120 km from Santiago de Compostela. The route is usually covered in 5 or 6 stages, with an average of 20 km, per stage.

Ferrol is a town located in the province of A Coruña, about 117 km from Santiago de Compostela. The route is usually covered in 5 or 6 stages, with an average of 20 km, per stage. 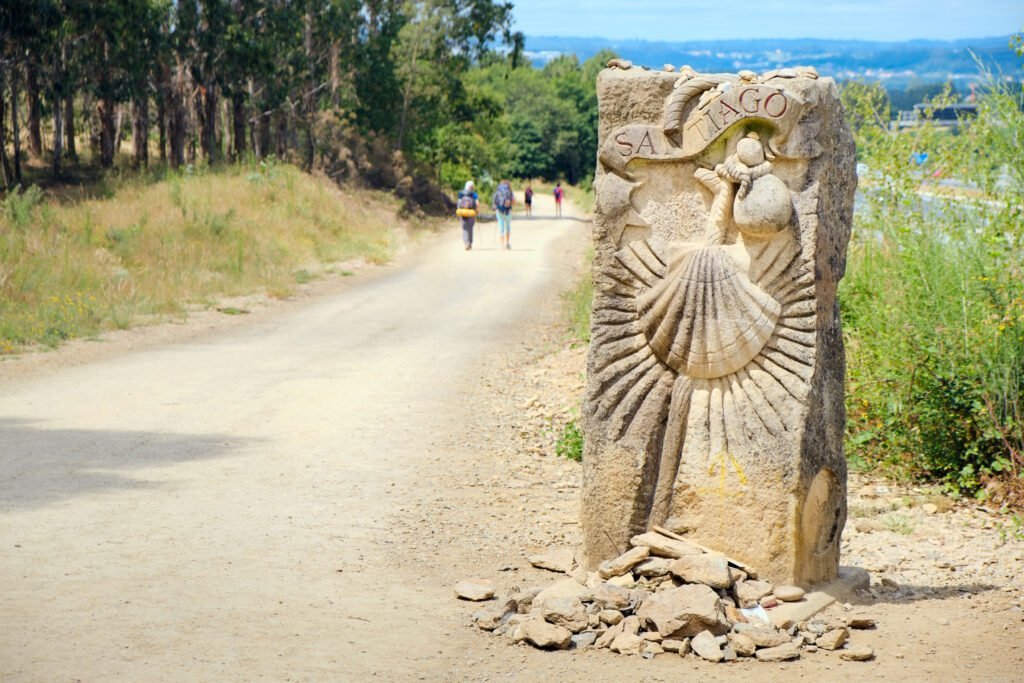 Lugo is located about 114 Kms from Santiago de Compostela. The route is usually covered in 4 or 5 stages, with an average of 20 km, per stage.

Baiona is a town located in the province of Pontevedra, about 140 km from Santiago de Compostela. The route is usually covered in 6 or 7 stages, with an average of 20 km, per stage.

Vilalba is a town located in the province of Lugo, about 122 km from Santiago de Compostela. The route is usually covered in 6 stages, with an average of 20 km, per stage.

ROAD FROM SANTIAGO TO FINISTERRE / MUXIA

Many pilgrims do it the other way around from Finisterre and / or Muxia, let us remember that the ancient pilgrims when they reached “the end of the world” had to return back to their countries of origin. On this Camino de Santiago the other way around if you could get La Compostela, since if we end in the Cathedral of Santiago.

This Camino de Santiago to Finisterre or Muxia has as a differentiating element from other sections of the Camino, that we can obtain two characteristic certificates: the fisterrana and the muxiana.

La Fisterrana is the document obtained at the Finisterre Pilgrim's Hostel, proving that the "end of the world". It can be requested by those pilgrims who make the Santiago de Compostela-Finisterre section. There is no own pilgrim credential, so it is used the same as to obtain La Compostela, the operation of the stamps being the same.

Its origin comes from 1997, when the City Council of Fisterra created an accrediting document for the pilgrims who made the route of the Way to Finisterre from Santiago de Compostela and were approaching what one day was the end of the known land.

RITES OF THE PILGRIMS ON ARRIVING IN FINISTERRE

Three rites of purification, death and resurrection were performed.

Purification of the body. It is done on the Langosteira beach, two kilometers before entering the town. The pilgrim thus dusted off his entire route and started his countdown clean to reach that end of the road so hard and at the same time important for all pilgrims.

Through this rite, the pilgrim gets rid of everything material and with fire tries to burn everything that he wants to undo and that will not benefit him to start a new life.

Fisterra was once "the end of the world and the known land", a secluded corner that everyone longed to reach to watch the sunset and lose their eyes in the distance of the ocean.

For those who travel to this other town on the Costa da Morte. In Muxía, according to legend, the Virgin arrived in a boat to encourage Santiago when he was preaching in Hispania. In this town we find the Sanctuary of Santa María la Barca. The Muxiana Certificate is issued by the local Tourist Office. 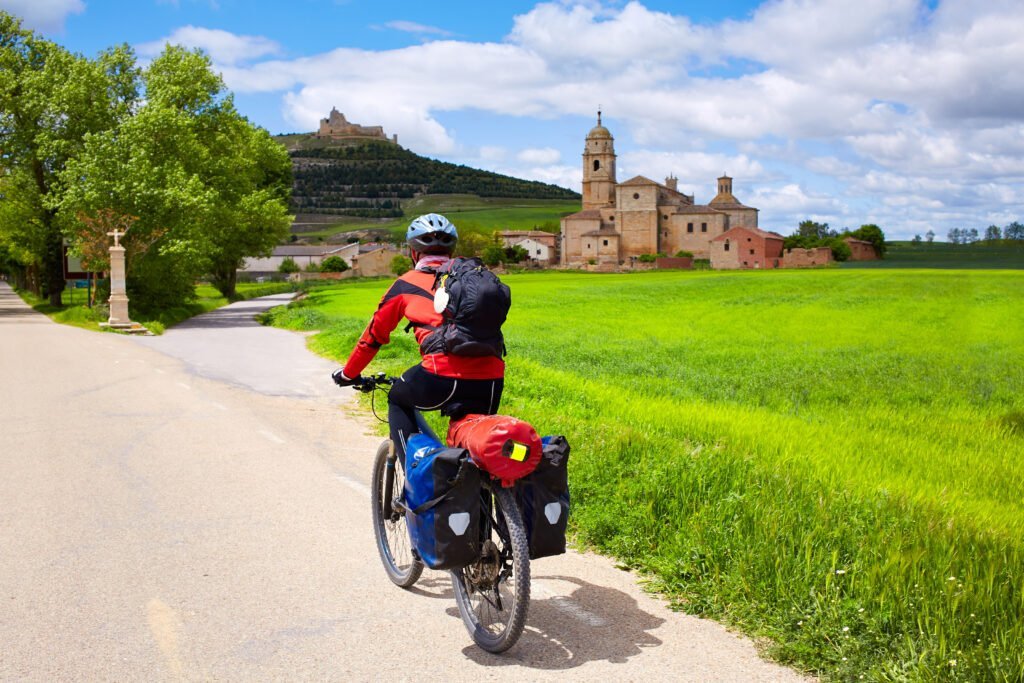 ROAD TO SANTIAGO ITINERARIES BY BIKE (A rolling the least 200km)

French Way - Camino de Santiago by bike from Ponferrada: town located in the province of León, about 200 km from Santiago de Compostela. 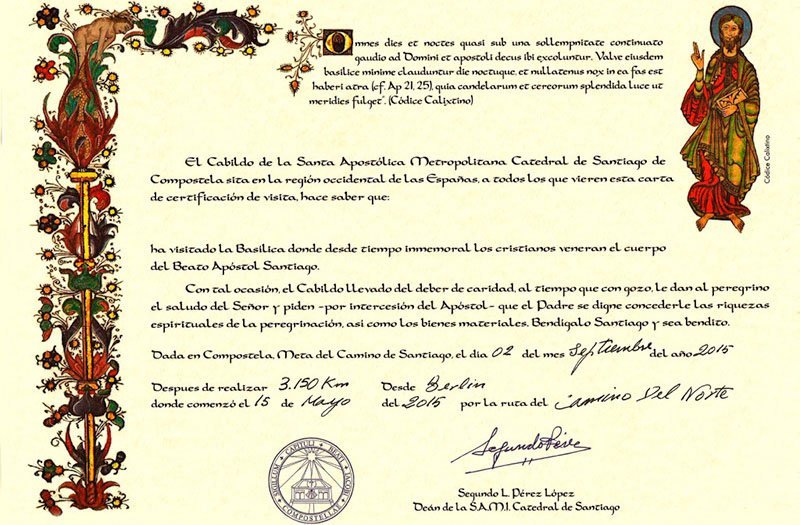 Since 2017, in addition to the Certificate of La Compostela that we have just seen, you can now obtain the Distance certificate, which is the document that certifies the exact place from where the pilgrim started his Camino de Santiago.

The distance certificate can be requested by any pilgrim who has made the Way on any date.

All the data related to the person who made the walk are taken into account (Arrows, starting point, Kilometers traveled)

This certificate indicates the specific day and the starting point of the pilgrimage, the kilometers made, in addition to the day of arrival and the route along which it has been pilgrimage to Santiago. It is a document that complements the traditional Compostela, providing more information about our pilgrimage. Nice memory after the end of our trip!

For example, if you do the Camino de Santiago from Sarria (which represents the last 100 Kms of the Camino, the minimum distance to obtain "La Compostela") you also have the right to receive the Distance Certificate, at the Pilgrim Service Office, located in Rua das Carretas, 33.

With this Certificate, the Santiago Pilgrim Service Office responds to the requests of many pilgrims who wanted more information about their trip to the Camino de Santiago to be reflected.