Signage of the Camino de Santiago

La signposting of the Camino de Santiago it is specific, unique and differentiated given the extension “of the infinite existing Paths”.

Remember that formerly in the history of the Camino de Santiago "The Camino" began at the home of each pilgrim without a specific signpost, rather than the indications of other pilgrims who had done it previously and of the locals of the different localities through which they walked.

MEANING AND ORIGIN OF THE YELLOW ARROW WHO INVENTED IT?

The symbol of the first signaling of the “official” Camino de Santiago on the pilgrimage to Santiago de Compostela, extended to this day with a universal character, is the “yellow arrow”, indicating the direction to follow.

The origin of this symbol dates back to the 70s, when the parish priest of the Church of Santa Maria do Cebreiro, located in the village of O Cebreiro, in the province of Lugo, Mr. Elias Valiña, a student of the Camino de Santiago and one of the main architects of the resurgence of the routes of the Camino de Santiago who, with good judgment, thought that the first thing to do, if this resurgence was desired, was to offer all future pilgrims that They came from all over the world, a good, simple and effective signaling of the same, which in its day lacked. 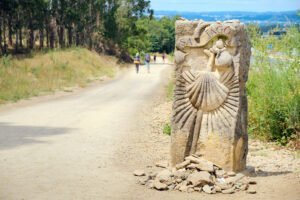 La Yellow arrow, today considered as a universal symbol of the Camino de Santiago, was that easy signaling and its color was the result of chance and necessity, as well as of the economy.

Reasons explained because next to Or Cebreiro At the beginning of one of the most important stages on the French Way, some workers were carrying out the works of a road and the paint they used to mark them was yellow and that, apparently, from what we suppose that the The excess of this painting contributed to the signaling of the route, initially in the French Way from Roncesvalles to Santiago de Compostela.

Such was the success of this initiative that the yellow arrow was declared, by the Council of Europe "Common emblem of the Camino de Santiago" for signaling it.

Throughout the years, this sign is maintained thanks to the invaluable work of the numerous Associations of Friends of the Camino de España, existing throughout the national geography and of many volunteers of all nationalities and that serves as a "beacon to Santiago ”from any point where there is a pilgrim.

Along all the routes, we will find her anywhere painted on metal signs, stones, walls, trees, ground, etc. guiding the pilgrim.

VIERA OR SHELL OF THE PILGRIM

After the arrow, the most important universal symbol for signaling the Camino de Santiago is the "Scallop or peregrine shell".

The scallop has been associated with the Camino since the beginning of the pilgrimage to Santiago, since the pilgrims who finished it and arrived at Finisterre they collected the shell, as a symbol and proof that they had finished their pilgrimage. See it apart from being used for signage, it is also the pilgrim's symbol and hallmark. 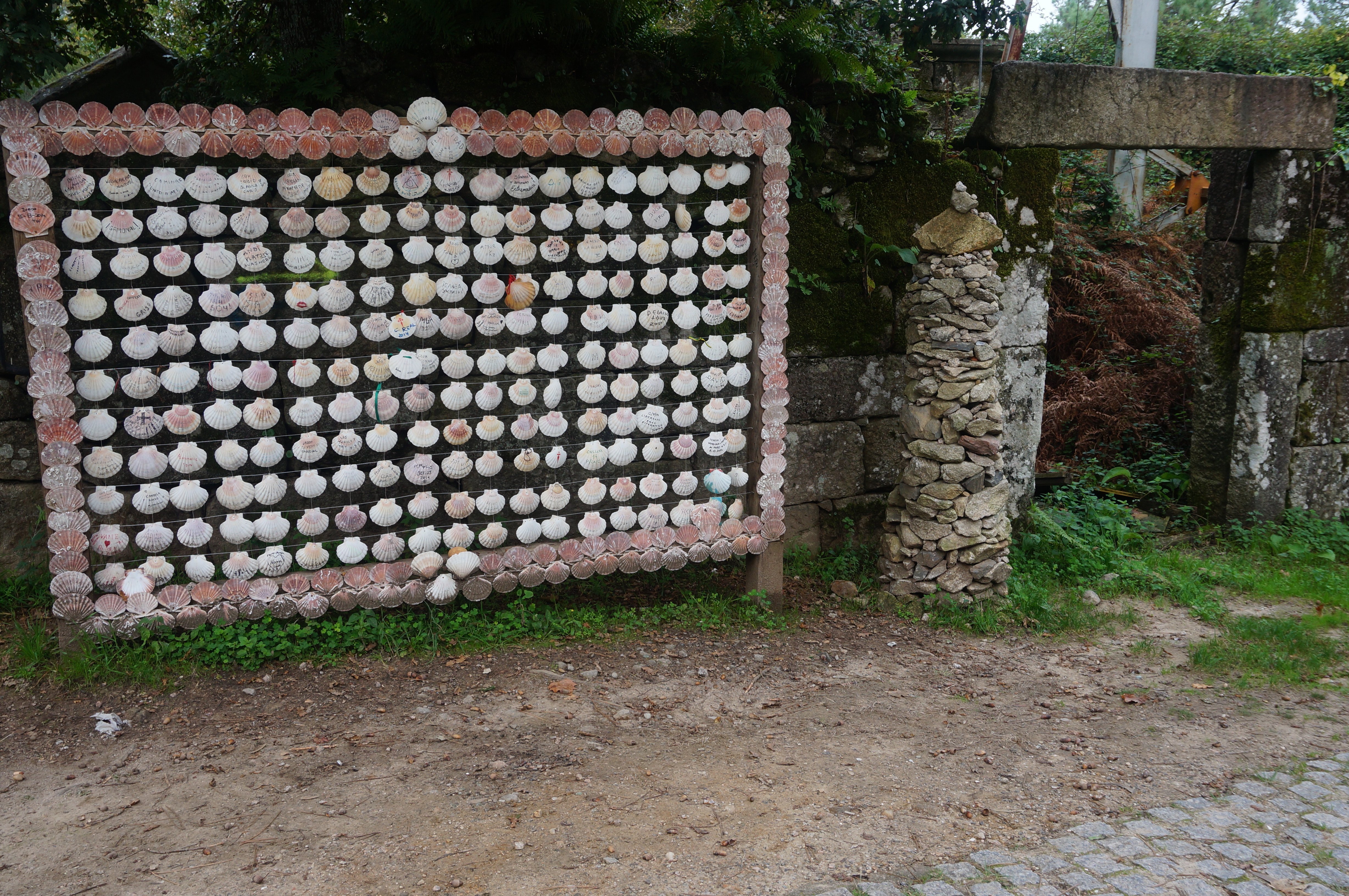 POSITION OF THE ARROW OR VIERA

The scallop, by itself, or together with the yellow arrow, can be seen in many places (ground, walls, monoliths, etc.), indicating the place to follow on the route.

We have to pay attention to the signaling of the same, because depending on their position, they indicate one direction or the opposite; in the case of Galicia, follow the direction indicated by the "Spokes or nerves", which are separated and on other Paths (Northern Way y Primitive Way, in Asturias), it is the other way around.

Another of the most numerous means of signaling the Camino de Santiago, are the Milestones or milestones of the Camino, small concrete or stone constructions that, either with the background of a yellow scallop on blue tile, and / or an arrow Yellow indicates the direction to follow and, in many of them, the remaining distance to get to Santiago de Compostela. We will find them in all the Roads, although in Galicia it is where they are most frequently (practically every 500 meters) 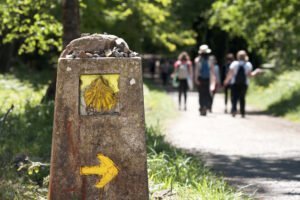 Likewise, depending on the different Autonomous Communities, town halls or councils, there are other very varied and diverse signs, especially on urban routes.

Whether it is a signpost for the Camino de Santiago or another, the most important thing is that they offer security and tranquility to the hundreds of thousands of pilgrims who arrive every year in Santiago de Compostela, from all over the world.