Bridges of the French Way

In our French Way itinerary From Saint Jean Pied de Port to Santiago de Compostela, we will cross numerous rivers, which will give us the opportunity to cross imposing bridges loaded with history, myths and legends that surround them since its construction.

Medieval bridge over the Nive river that divides the town into two parts. located at the southern entrance / exit of the Citadelle, next to the church of San Juan. Saint Jean Pied de Port is the last town in France in the French Way and takes us to Roncesvalles (Spain)

In the Camino de Santiago from Roncesvalles The following bridges of the French Way that will attract the pilgrim's attention are:

Bridge of rage, over the Arga river. gothic bridge. According to tradition, the cattle were given three turns through the central pillar, for their healing. It is located at the entrance to Zubiri and a must for pilgrims.

Medieval bridge with 6 arches, 55 meters long, over the Ulzama river. It gives way to pilgrims to the town.

Magdalena Bridge. Medieval bridge from the XNUMXth century, over the Arga river that gives access to Pamplona, ​​to pilgrims from the Camino de Santiago from Roncesvalles. Declared a site of cultural interest and a historic artistic monument.

It is perhaps the most spectacular bridge on the Camino de Santiago and one of the most beautiful in Spain. Located at the end of the main street, a beautiful example of "town street".

Apparently, it was built, thanks to the intermediation of Queen Doña Mayor, wife of King Sancho III., Or Doña Estefanía., Wife of King García de Nájera, to facilitate the passage of pilgrims from the north.

Roman bridge, 8 meters, located at the end of the remains of a Roman road. At the entrance to the town of Lorca we find another medieval bridge, with two eyes, over the salty river.

Medieval bridge over the Ega river (Prison Bridge or Weevil Bridge). A single semicircular arch. It joins the neighborhoods of San Miguel and San Pedro.

In the Camino de Santiago from Logroño We highlight the following bridges of the French Way:

Stone bridge or San Juan de Ortega, over the Ebro river. Bridge with 7 arches and 198 meters long. There is no exact date of construction. It underwent numerous modifications throughout history. 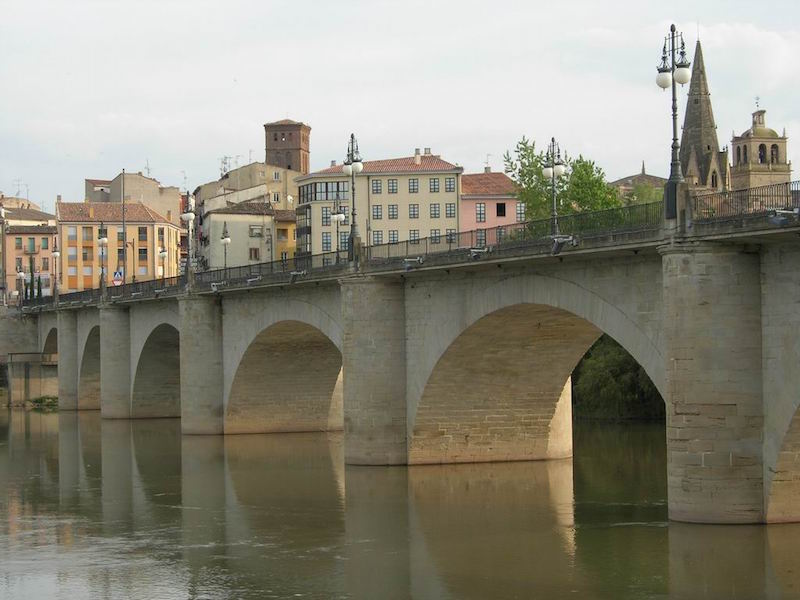 Itero Bridge. on the Pisuerga river.- 11 stone arches. located between the provinces of Burgos and Palencia. It was built by Alfonso VI of León in the XNUMXth century.

The famous joust of “D. Quiñones serum ”on the first weekend of June. Longest bridge of the entire French Way itinerary. 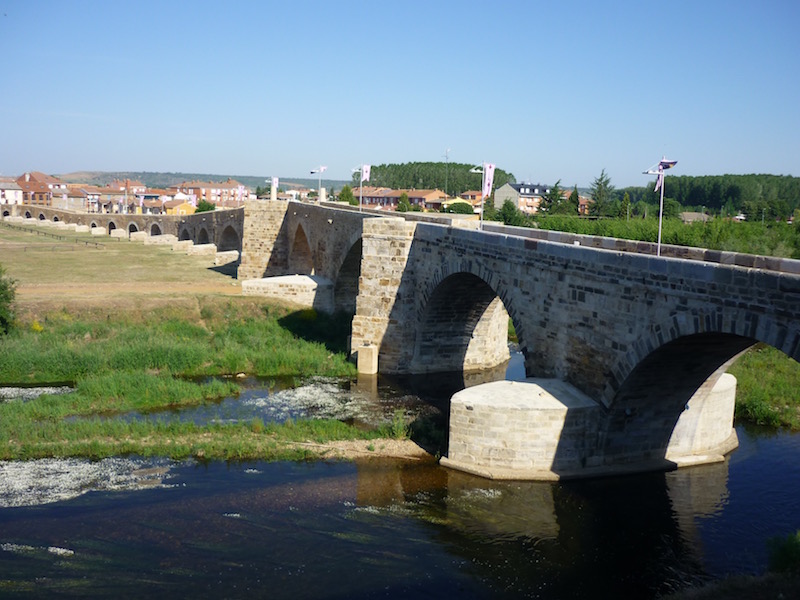 Medieval Bridge over the Meruelo River (Pilgrims' Bridge). It has a Romanesque plan and from the XNUMXth century that begins the Calle Real, a passage for pilgrims on the French Way. Three of its vaults are larger than the others as you can see in the image below. 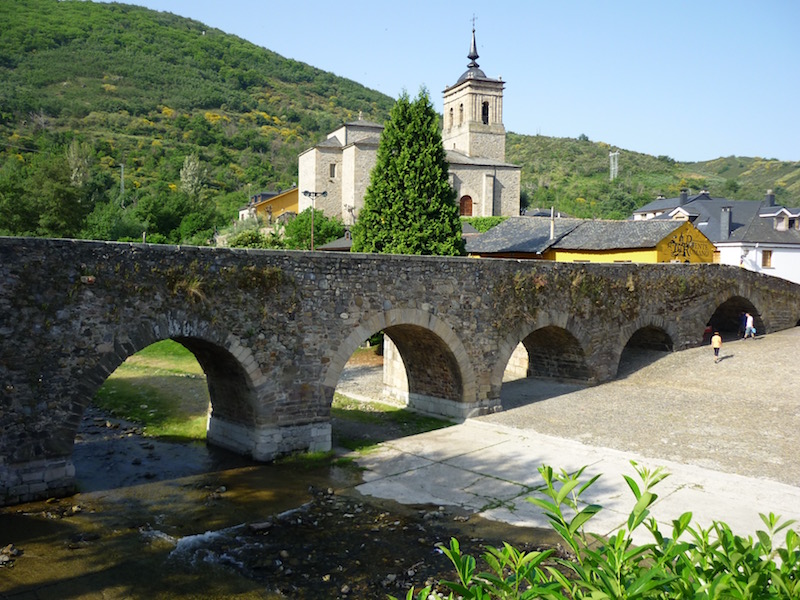 In the Camino de Santiago from Sarria the following most striking French Way bridges are:

Ponte Aspera, on the Celeiro river. Made of slate caches and 4 made up of 4 granite bows. We cross to continue on the way to the town of our end of the Portomarin stage. Sarria is a town of great relevance as it opens the way for us to carry out the “Last 100 Kilometers” minimum distance that must be accredited on foot to achieveThe Compostela”

Medieval bridge composed of 4 arches. It dates from the 50th century, being partially restored in the 3th century. 7 meters long and XNUMX meters wide. In our humble opinion, one of the most beautiful bridges on the French Way in the Galicia region.

Medieval bridge dating from approximately the thirteenth century. Composed of a semicircular arch. Over the centuries it has undergone many restorations that have made it lose part of its initial charm.