In this post we bring you the best options to do the Camino de Santiago in Galicia, it is not necessary to leave the Community to enjoy at least the last 100 kilometers of different variants of the Camino that converge on Galician terraces.

First Galician town that the pilgrim who travels the French Way steps on. From this emblematic town, which is located at a distance of 150 kilometers from the capital Santiago de Compostela. We can reach our final destination in 7/8 stages. In the first two stages we will be able to admire the beautiful Galician mountains of the Sierra de los Ancares, from a unique promontory such as O Cebreiro, as well as being able to photograph ourselves in Alto de San Roque, next to the imposing statue of a pilgrim walking against the wind. , found in this place.

We can also admire one of the most important monuments of the French Way, located in the small and beautiful town of Samos, such as the Benedictine Monastery of Samos.

Once we arrive in Sarria, we will share the itinerary with the Camino that starts from this town, from which we will travel "The last 100 Kilometers" to the tomb of the Apostle Santiago. 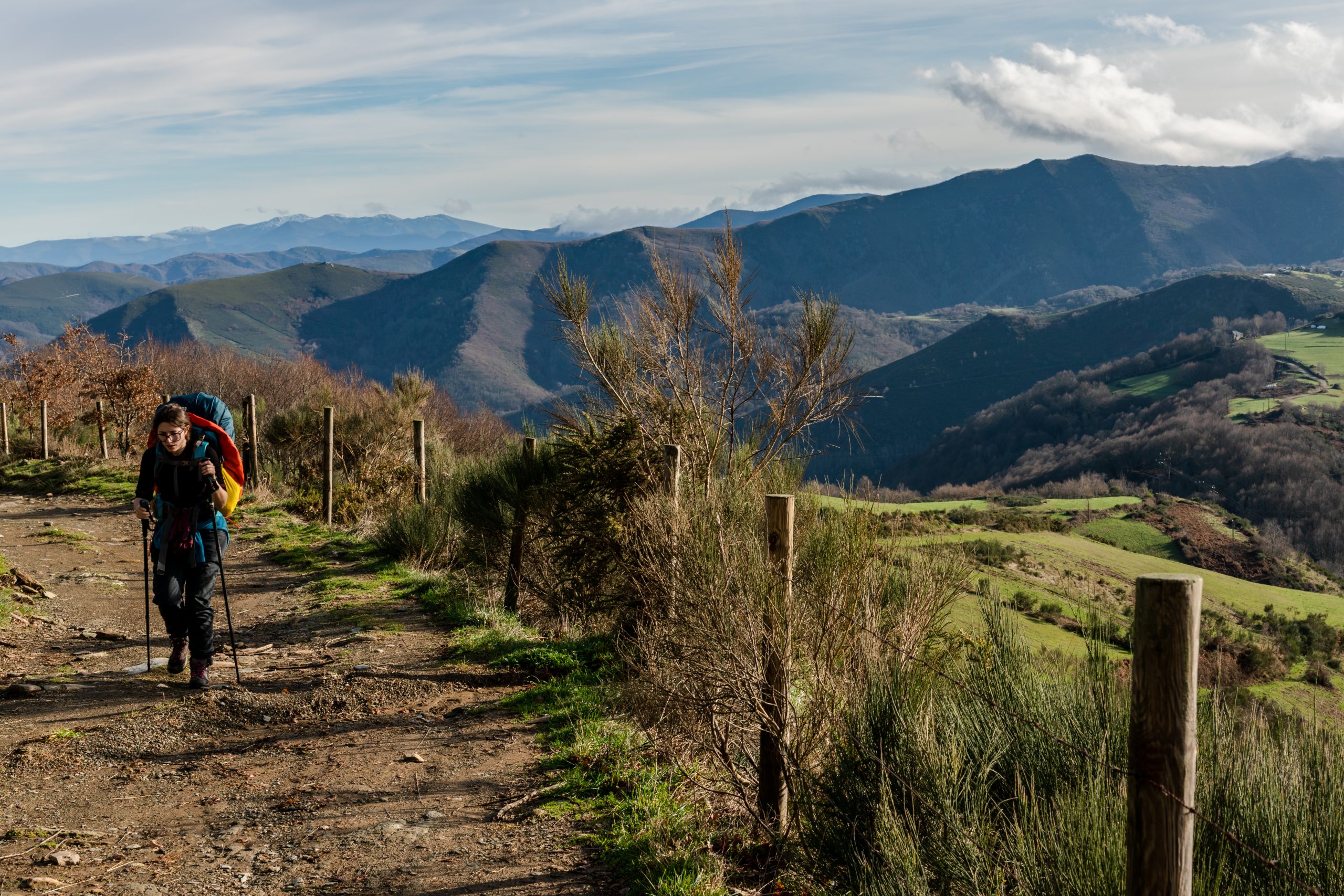 The most popular section and from where most pilgrims start their Way to Santiago, since from the Lugo town of Sarria, being located about 111 kilometers from Santiago, the Compostela can be obtained upon arrival in Santiago de Compostela. This journey is usually completed in about a week, divided into 4 or 5 stages, with an average of 22 kilometers each.

In this section, the end of the French Way, we will pass through countless “natural corridors”: rural roads for the service of field and mountain work, which cross groves, fragas and oak groves, and which connect the small Galician villages. Countless rivers and streams will meet us, as well as beautiful medieval bridges and a good number of Romanesque churches, many of them in small villages.

Bucolic landscapes and corners, such as Ribadixo do Baixo, in the vicinity of Arzúa, dot the route, offering an environment of peace and tranquility for the pilgrim, after a hard day of walking.

Towns such as Portomarín, located at the foot of the Belesar reservoir, with its impressive church / fortress of San Nicolas presiding over the town, is one of the main hallmarks of the route.

We cannot forget the excellent Galician gastronomy, highlighting the famous and famous octopus, in "Melide", a mandatory stop for walkers and the great offer of "Arzúa Cheese", with designation of origin.

We have two starting places on this Camino, which in both cases, begin their journey in the neighboring country, specifically in Lisbon and also passing through Porto. They connect with Spain in the Galician border city of Tui (Central Portuguese Way), which is the most used by pilgrims, or from Save (Portuguese Way of the Coast), located next to the mouth of the river Miño and which has an important incentive, since in its early stages, it runs very close to the Atlantic Ocean, and which is experiencing a strong increase in pilgrims in recent years.

Both routes come together in the city of Redondela, to become a single Camino to Santiago, through towns as culturally and historically attractive as Pontevedra, Caldas de Rei and Padrón.

Both options can be covered in approximately one week. 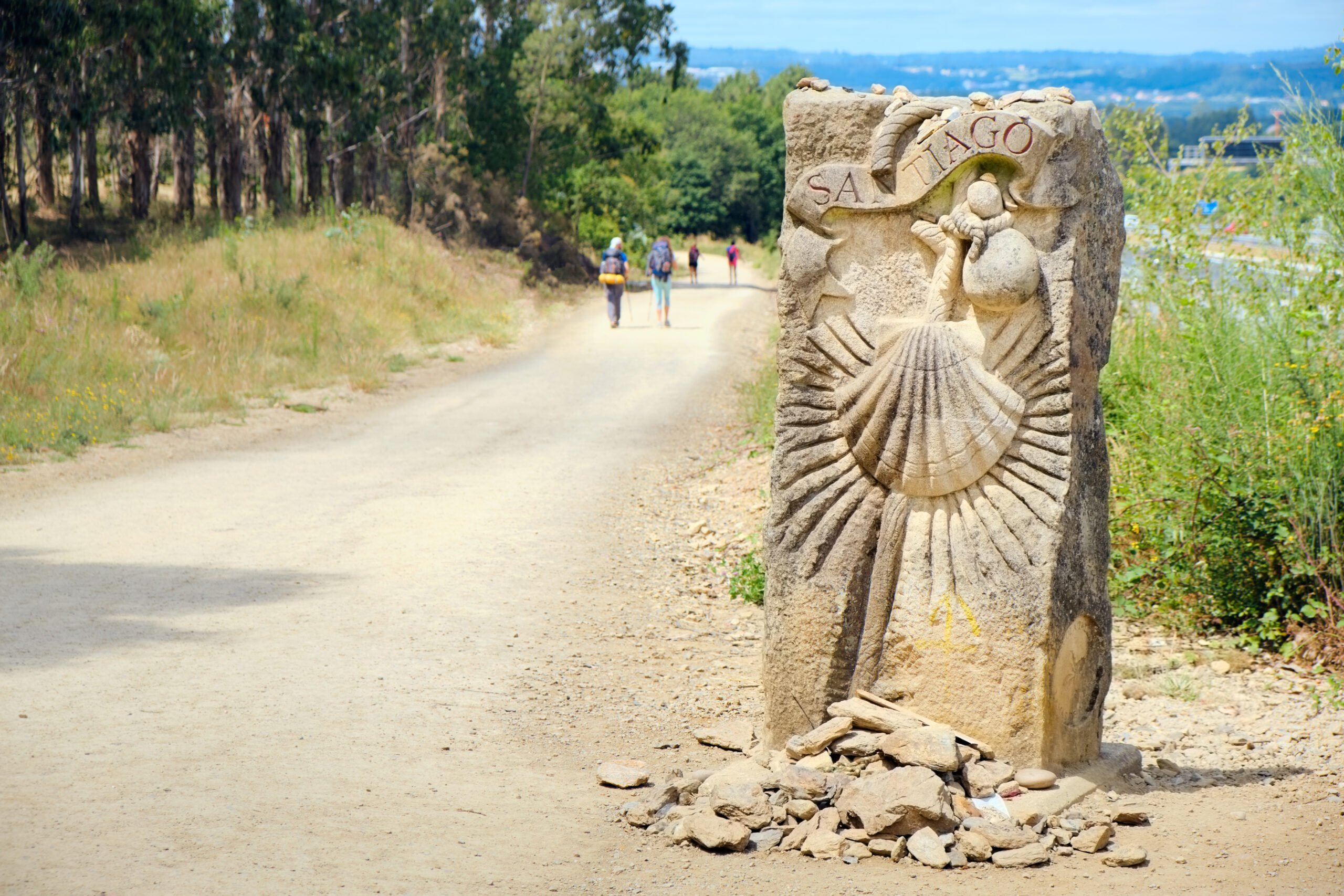 Ferrol or A Coruña, are the starting points of this route, although Ferrol It is the main starting city, since it is from where we can get the Compostela, by traveling about 112 kilometers, as opposed to the 89 kilometers, which is far from A Coruña to Santiago de Compostela.

We have the opportunity to visit such emblematic towns, in addition to Ferrol and A Coruña, such as Puentedeume and Betanzos, with an important cultural and gastronomic heritage.

Starting from A Coruña, you can travel this route in 3 or 4 stages and if we start from Ferrol, in 4 or 5 stages. 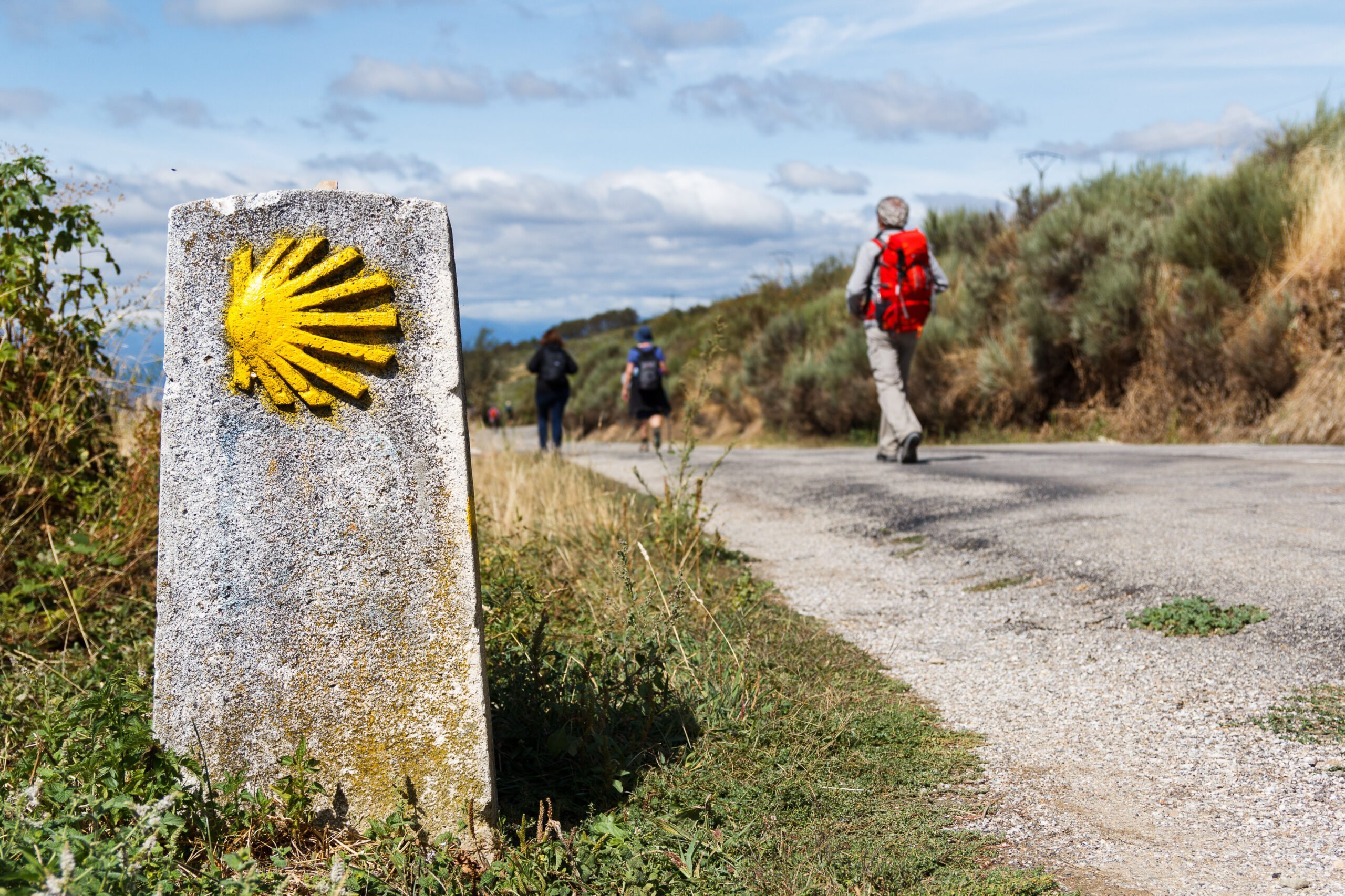 The entry into Galicia of this route, which begins in Oviedo, takes place in the town of Fonsagrada, in the province of Lugo.

We can start the route in this town or from Lugo, from which it is approximately 55 kilometers.

In any case, we will have the opportunity to visit Lugo, a city considered a World Heritage Site, having as a special point of tourist interest its impressive Roman wall, perfectly preserved, as well as its Cathedral.

This route joins, in the town of Melide, with the French Way, to travel to Santiago on a single Camino.

If we start the route in Lugo, we can make the route in 4/5 stages and we can obtain the Compostela, if we wish. 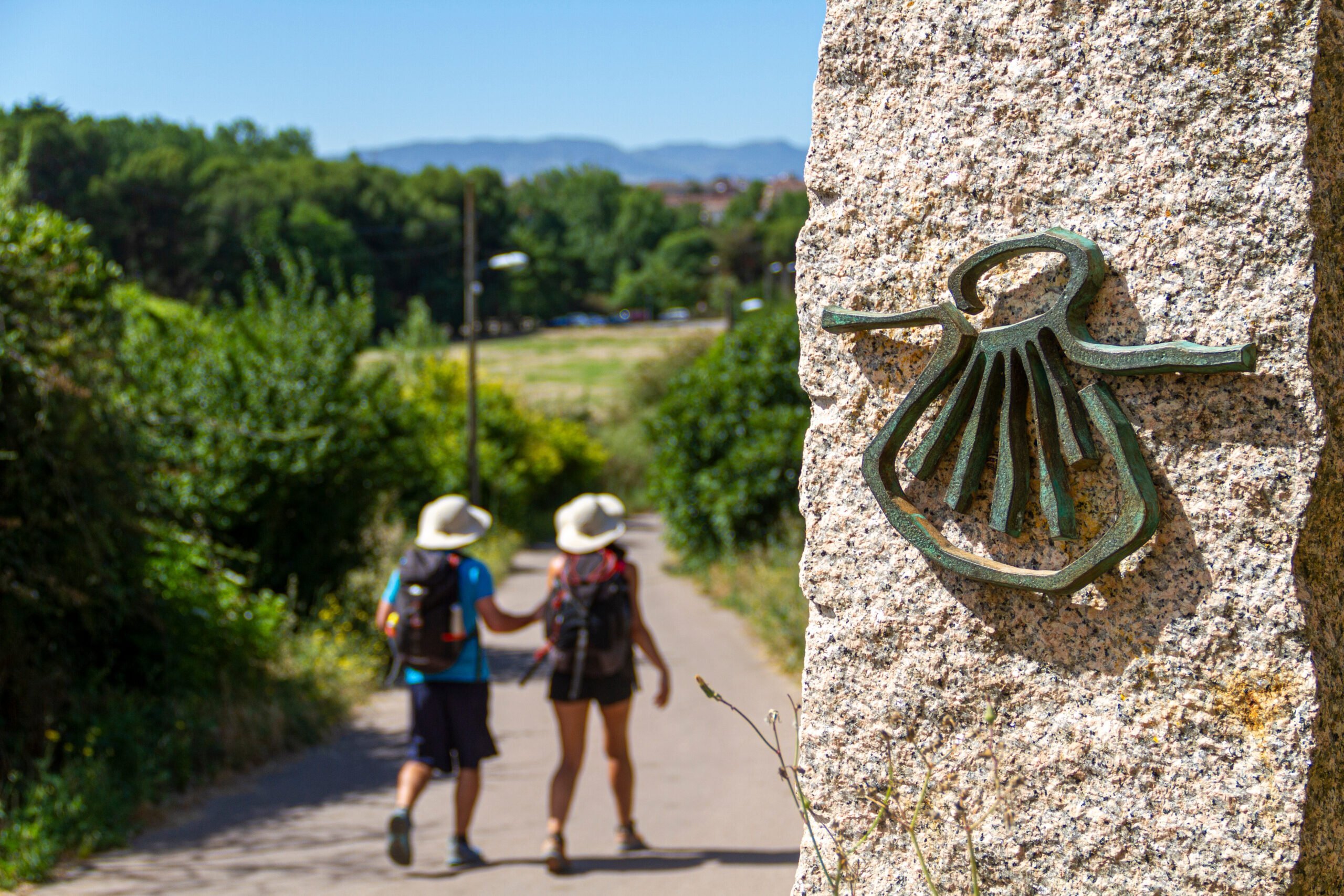 Ribadeo, a border city between Asturias and Galicia, is the entry point, in Galicia, of the Camino del Norte.

This beautiful town, located on a promontory that dominates the mouth of the river Eo with the Cantabrian Sea, is an incentive in itself to do this route, as well as the beautiful and monumental towns such as Lourenzá, Mondoñedo and Vilalba, before reaching Arzúa , meeting place with the French Way.

Itinerary that runs through a terrain, eminently rural, dotted with small villages with granite and slate buildings and populated by a large cattle hut. 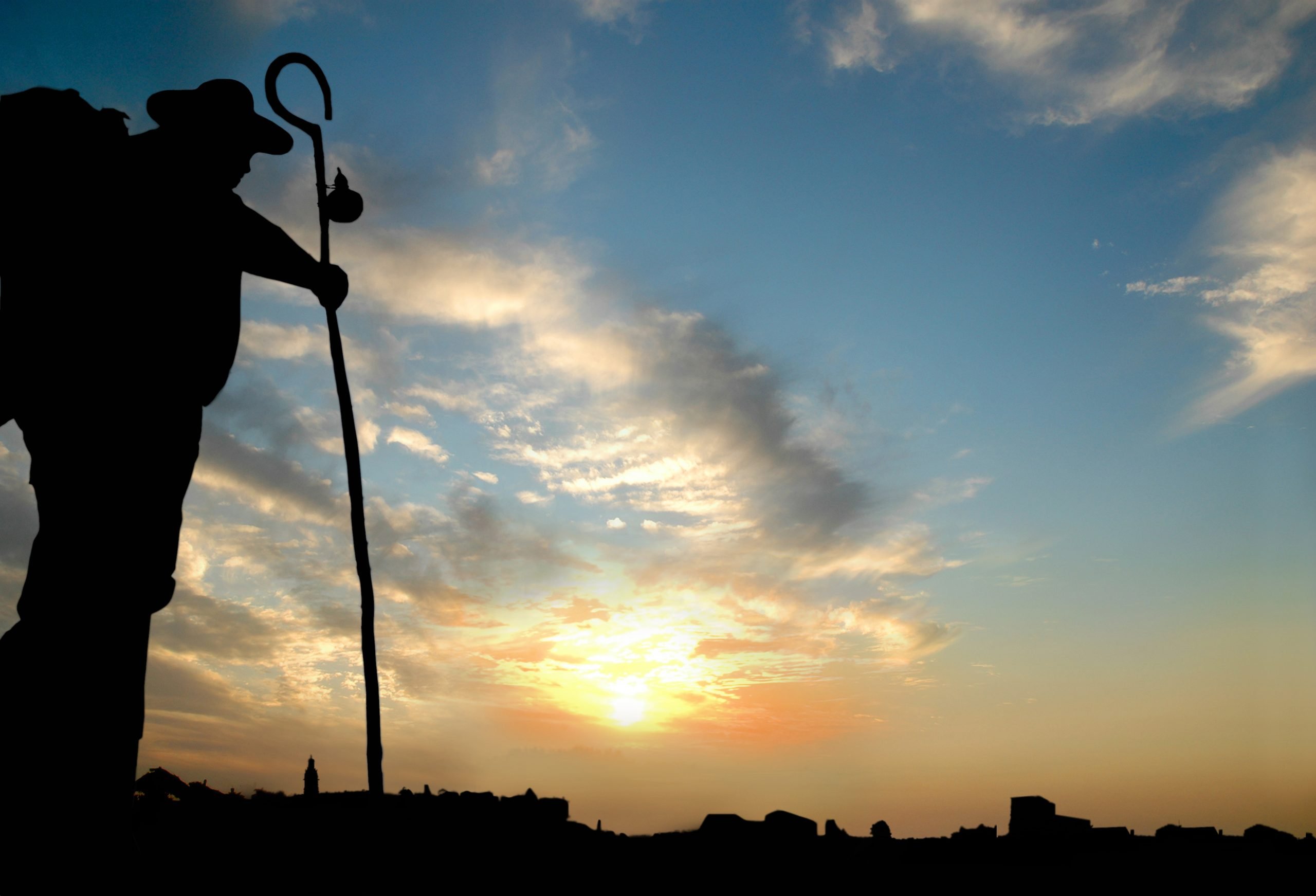 This route of the Camino de Santiago in Galicia represents approximately the Last 100 Kms of the Vía de la Plata route, coming from Seville and separating from it in the region of Sanabria, from which it takes its name.

Starting in Orense This route begins that will take us, in its 4/5 stages, to Santiago de Compostela.

It passes through lonely and rural places, where you can breathe inner peace and absolute tranquility, as it is a less traveled route than the previous ones.

Orense is the great city on the route, offering us some impressive open-air thermal complexes dating from Roman times, as well as a splendid Cathedral with its wonderful Romanesque portico that "resembles" the Portico de la Gloria of the Cathedral of Santiago, as well as a wonderful Roman bridge over the river Miño.

However, we cannot fail to see, in the town of Oseira, the "Escorial Gallego", Monastery of the Cistercian Order, near the town of San Cristovo de Cea, through which the Camino passes. 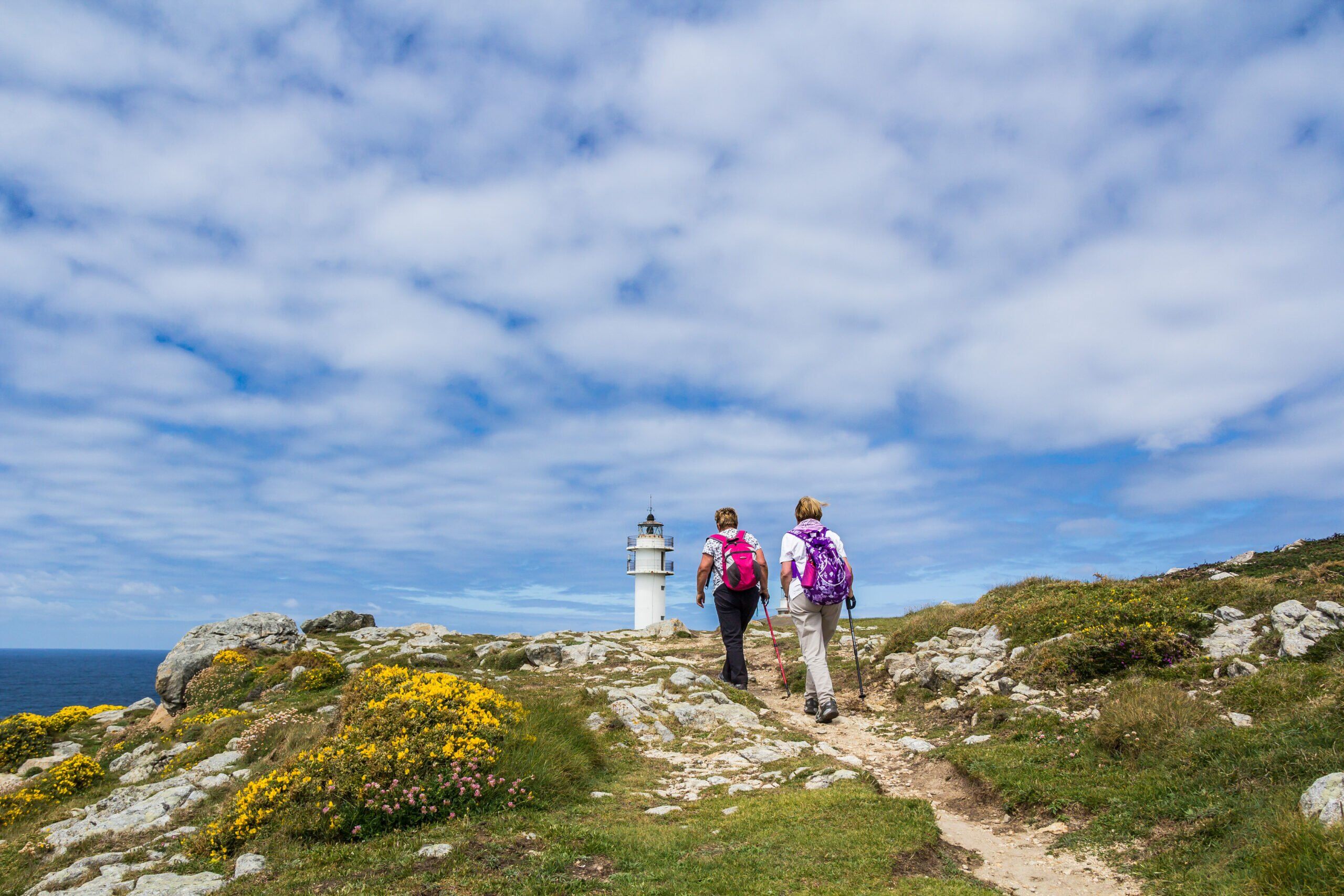 ROAD TO FISTERRA AND MUXÍA

Last but not least, we have the Camino that starts from the Capital of Galicia towards the “End of the World”, as the Romans called “FinisTerrae or Finisterre”, since the Camino did not end in Santiago de Compostela, but rather a Once the pilgrim arrived in Santiago and prostrated himself before the apostle's tomb, he went to fulfill one of the pilgrim rites, as part of the beginning of a new life, towards the Atlantic Ocean, where he burned his clothes and bathed as a symbol of purification of the body, soul and spirit.

The itinerary of about 89 kilometers, can be done in 3/4/5 days, as each person prefers. We will not be able to obtain the Compostela, but we will obtain, if we wish, the Fisterrana in Finisterre and the Muxiana, if we continue to Muxia, documents proving that we have completed the route.

Being in Finisterre we advise you to extend the route to Muxia, if you can; Walking would be 1 or 2 more stages or, at least, make a visit, as one of the main places related to the pilgrimage of the Apostle Santiago to Galician lands awaits us, such as the appearance of the Virgin Mary, in a stone boat, the apostle to encourage him on his pilgrimage, according to legend.

The "remains of the boat" are located by the sea, near the church of Nuestra Señora da Barca, built as a reminder of this Marian apparition.